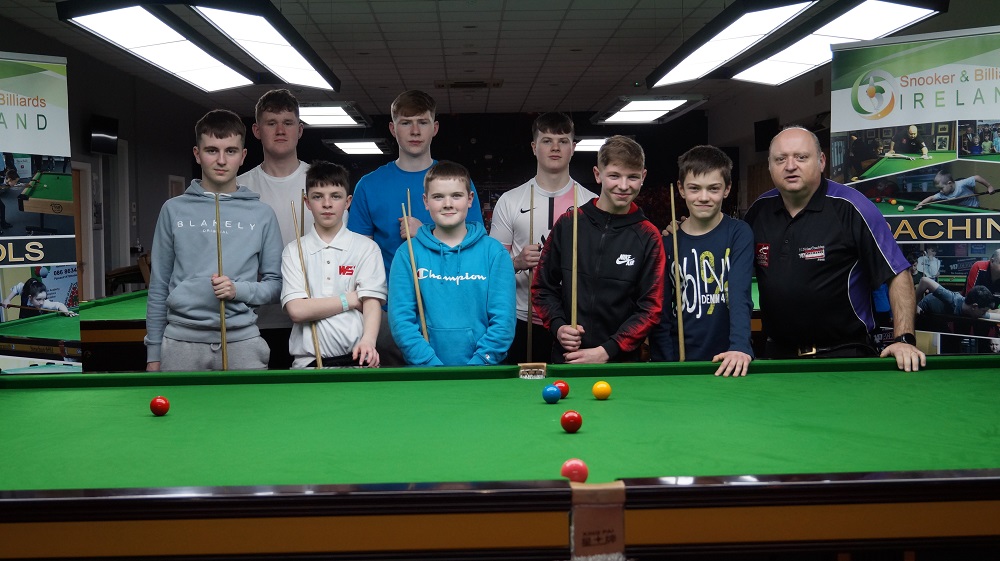 Day 2 of the Snooker & Billiards Ireland International training camps with our National Coach PJ Nolan was held on Saturday 14th January to prepare our players for the 2023 EBSA Snooker Championships which is being held in Malta in March.

PJ was very again impressed with the amount of talent on show which included Irish U-21 No.1 and current Pot Black Champion Alex Currid. Joining him today was U-18 No.1 James O Connell, Joe Shannon, Max Kennedy, Davy Hickey, Aaron Donnelly, Lewis Casserly and Ronan McGuirk in this training camp The Training was held from 11am -4pm on Break-Building, Long Potting, Cue Ball Control. Technique checks were done for the players. All the players received a training manual to help them prepare more plus a 147academy sports psychology booklet to help with the mental side.

All the latest training aids were used like the Mini Domin Eye, Master Doctor, Str8aim G-5 & SA-2, Chris Henry Balls, EBSA Coaching Balls to help to get players on the line of aim and develop a smoother stroke in their delivery. SBI will hold a final camp on Saturday 4th of March in the SBI HQ in Carlow from 11am-4pm for the amateur players below who will play in the European amateur Championships. SBI wish all our players good luck in the Championships in Malta. You can follow all the news in Malta on www.ebsa.tv 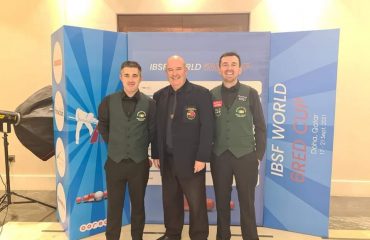