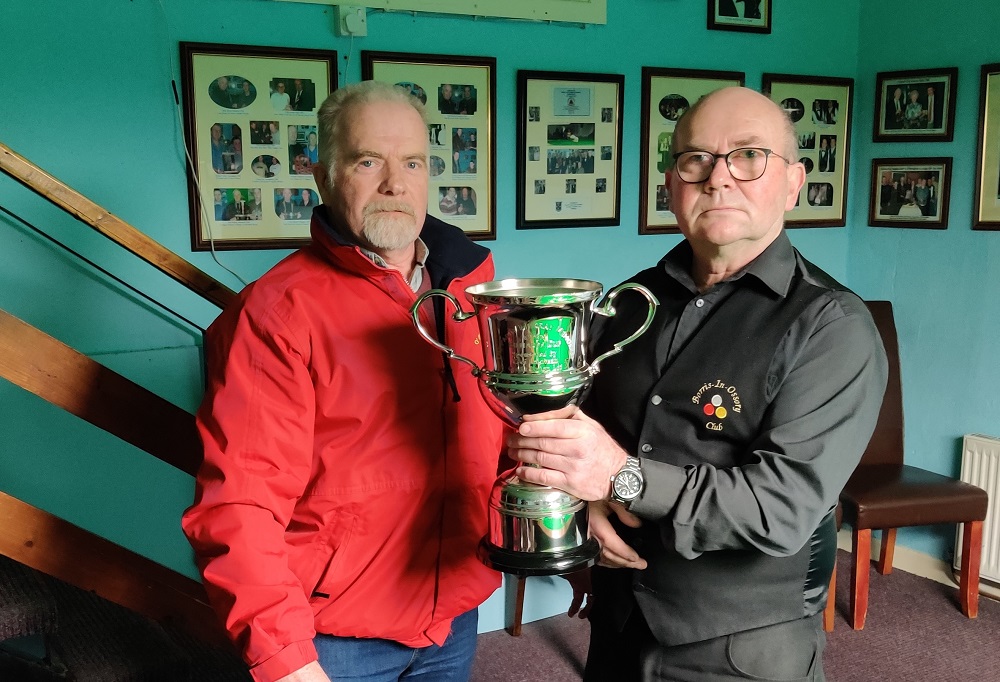 Having been postponed several times due to Covid precautions, the Inaugural Paddy Murray Memorial handicap tournament eventually took place at Edenderry on Sunday, 11th of December 2022.  After a day’s play, which saw many interesting games and several surprise results, the trophy went to Joe Doheny (Borris-in-Ossory), a fitting reward for the consistently high standard of play he showed throughout the day.

The semi finalists in the top half of the draw were local players Stephen Dunne and Mark Nolan, Stephen, having taken a closely contested preliminary round win over Paddy English, was given a quarter final walkover when visiting player Larry Drennan could not make the long trip from Kilkenny in the icy conditions.  Mark, on the other hand progressed to the semi final with a good preliminary round win against Aonghus McAnally followed by the closest match of the day in his quarter final against fellow local player Liam Byrne, a mere 4 points separating them when time was called.  In the semi final, Stephen, who had been playing well all day, stepped up his game even further to claim his place in the final, relatively unchallenged by Mark.

The semi finalists in the bottom half of the draw were regular players on the national scene, Jason Dowling (Rathkeale) and eventual winner Joe Doheny (Borris-in-Ossory).  Jason won a tough quarter final against local player Paul McLoughlin, while Joe had a convincing win in his quarter final against visiting player Brendan Devlin (Celbridge).  In the semi final, both Joe and Jason continued to play well, scoring well at each visit until at about the three quarter hour stage, Joe gradually edged ahead and managed to maintain his lead to the end to claim his place in the final.

The Final turned out to be an enthralling game, further interest being added by the fact that we had a visitor versus a local player.  Initially it was a matter of whether Joe would overcome the handicap difference or if Stephen could score well enough to keep ahead.  Try as he might, Joe found himself struggling to maintain the deficit let alone reduce it by any significant amount. However, a timely break of 41 helped Joe to make inroads into the points difference and shortly after the half way stage, with the lead alternating between players, a bout of nervous play developed, both players alternating between good scoring play and nervous scoreless visits, punctuated by more than a few hard-luck shots.  Joe was first to gather himself together and, no doubt drawing on his national tournament experience, was able to forge ahead to claim the inaugural Paddy Murray Memorial Title. Many congratulations to Joe on a great day’s performance and commiserations to Stephen who gave a great performance not only to get to the final but in the final itself.

Our congratulations must also go to the Edenderry Club for the excellent playing conditions and to the tournament sponsors Croi Laighean Credit Union for the beautifully crafted trophy. It stands as testament to the high regard they held for Paddy Murray and we look forward to contesting it on an annual basis.

The committee of Edenderry snooker club would like to thank Brendan Devlin for all his help.  From sorting out the handicaps, which is always a difficult job.  He was also TD on the day and refereed the final.

It was a great pleasure to have Paddy’s brothers Ger and Hugh at the event where Hugh made the presentation to the winner in memory of his late brother Paddy.

Preliminary and Pre-Quarters (one hour) 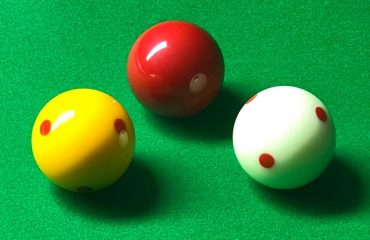