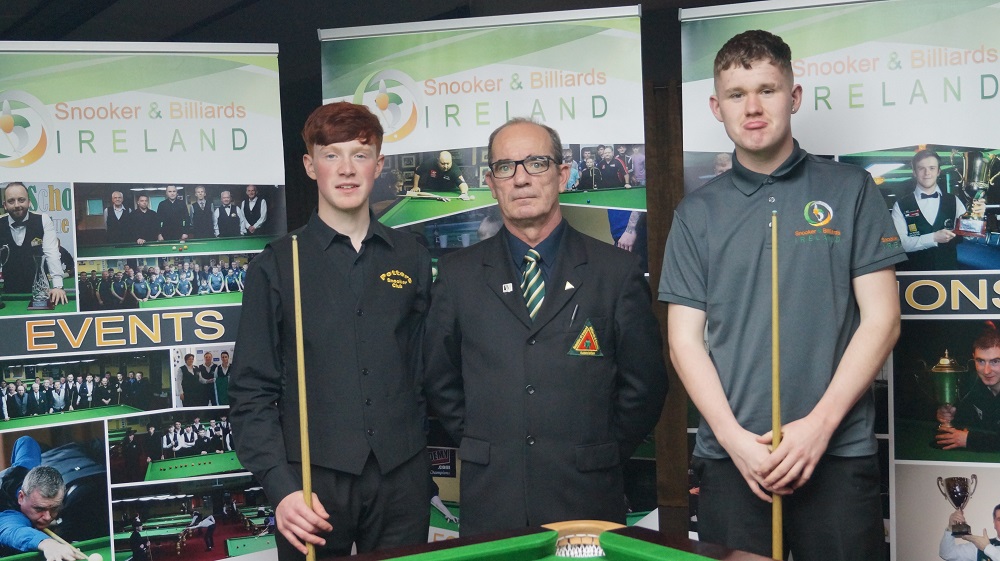 Number 1 seed James O Connell from Cork won the SBI Junior U-18 event 2 on Saturday 19th of November in the SBI HQ in Carlow. In the final, James O Connell beat Aaron Smith from Potters SC three frames to two in an exciting final. James has now won both U-18 events this season to be ranked as National No.1.

In the semi-finals, we saw top class snooker with James beating Jack O Brien from St John’s in Limerick three frames to one in a great match. In the other semi, Aaron beat David Farrelly from Celbridge SC three frames to nil in another good match.

In the final, Aaron went 1-0 up. James levelled at 1-1, Aaron then went 2-1 up and was ahead in the fourth frame and looked great for victory. James then got a great clearance to win on black and controlled the decider to lift the title.

The highest break in the event went to Aaron Smith with a 56 break. TD on the day was our National Coach PJ Nolan and was delighted with the quality on show with players from Dublin, Meath, Linerick, Longford, Galway and Cork and PJ said the future looks good with so many young talented Irish players. SBI would like to thank all the players for entering and to Referee Conor Doyle for refereeing on the day and making it a great day of junior Irish snooker. Snooker & Billiards Ireland (SBI) would like to announce details of an exciting season of Junior Snooker on the SBI Junior Tour for the coming season. Players should be aware that all entries are now through the on line system and you have to enter before the closing date.

You can now enter and pay for all the events for the season at the same time by clicking HERE and choosing which events you want to enter.

This SBI Junior Tour is open to all players under 21 years of age of any gender and ability. Events are held in Under 14, Under 16, Under 18 and Under 21 Age Levels. PLEASE NOTE (players must be under the age on the 31st December 2022 to be eligible to play in the events) CONTACT info@sbireland.ie if you are having problems to enter or register

You can reset your own password and there is also a support form on the system for members to complete and I.T. will follow up to resolve any major issues.

The closing date for all SBI events will 1pm on the Thursday before the event. The Draw will be done automatically on the system with match times and displayed on the web site. The cost of entry will be the following:

All players will need to register for the new season. SBI Registration runs from September to September each season.

The increase in registration fee is to cover the increased costs of running the game post-Covid eg costs associated with the upkeep of the SBI HQ in Carlow given the rise in energy costs.

Only SBI members can access the online system and enter to play in SBI tournaments but one-day registration is available at €10.00 if you are not already a SBI members, remember this expires 24hrs after the event. Four ranking events are planned in each age group and this is followed with a National Championship in U-14, U-16, U-18 and U-21. SBI will also hold an Under 12 Championship which is sponsored by our National Coach PJ Nolan’s 147academy.

It promises to be another exciting year of junior snooker with so many young talented Junior players looking to qualify for the Celtic Challenge, Home Internationals, World and European Snooker Championships in 2023.

The current National U-12 Champion is Joe Shannon from Longford, U-14 Champion is Max Kennedy from Galway, U-16, U-18 and U-21 Champion is Leone Crowley from Cork who all won the titles in 2022. 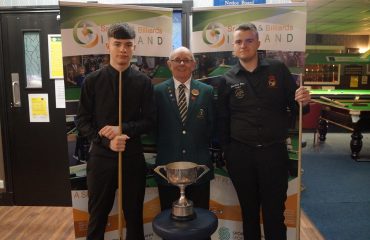 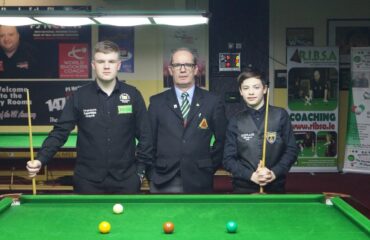 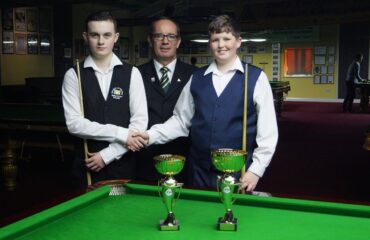