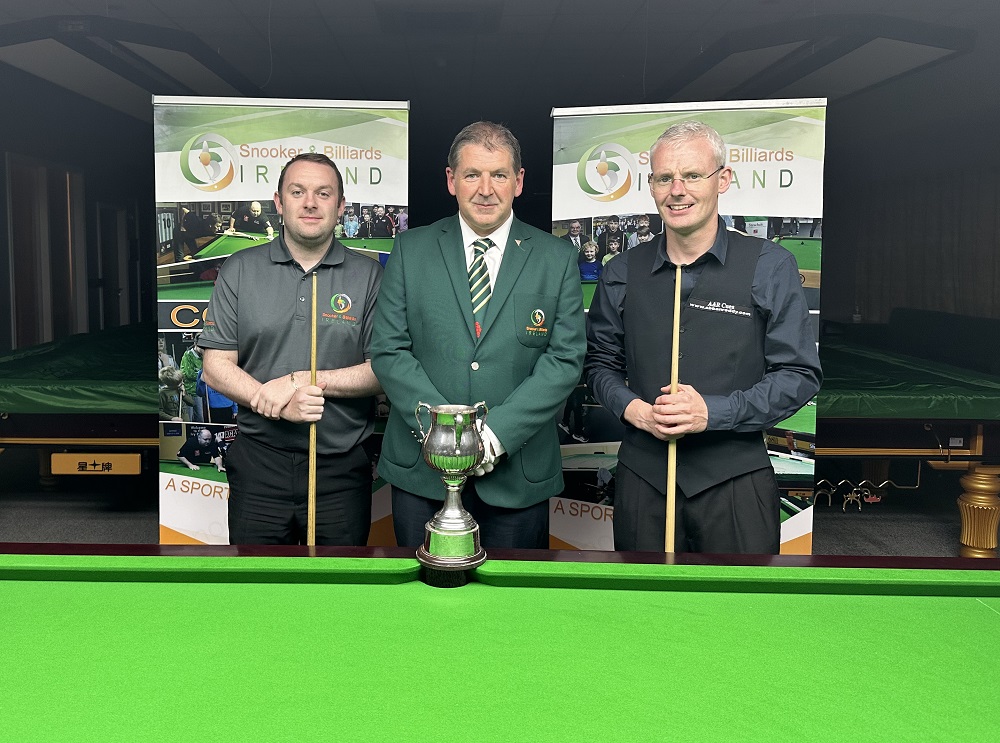 The first SBI Amateur event took place over the weekend of the 17th/18th September I’m the SBI academy in Carlow. The Winner was Rodney Goggins from Liam Mellows SC Wexford who beat David Cassidy from the Crucible SC in Cork.

Before the start of the event TD Shane Mason asked for a minute’s silence in memory of Kieran Brennan. Kieran was a man who played in Roadstone SC who loved snooker. Everyone within SBI would like to send their condolences to Kieran’s family and friends. We had 50 entries in this event which started at 10am on Saturday morning and by the end of the day we were down to the last 8.

There were a couple of shock results but the shock of the tournament was Brendan Murphy beating Philip Browne by 3 frames to 2. The final was a pretty one sided affair with Rodney taking it with a score line of 4 frames to nil. The highest break of the tournament went to Ryan Cronin with a break of 94. SBI would like to thank all players who entered this event. We like to thank TD Shane Mason and all 3 referees Stephen Sherry, Shane Corr and Stephen Foster.