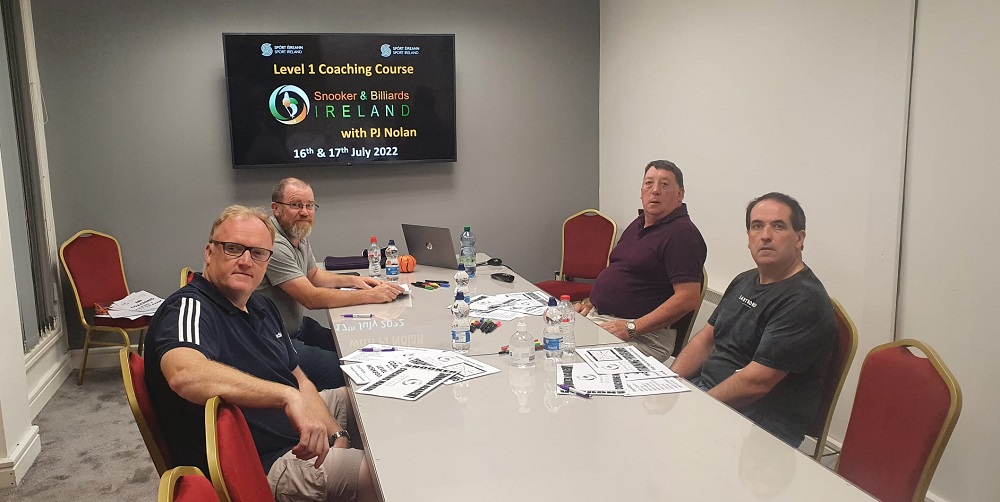 Jessie Hegarty from Cork, John Tobin from Trim attended this two-day Level 1 Course given by SBI National Coach PJ Nolan on the (Role of Coaches + Playing Techniques + Rules of the Game). This level 1 course is for only for SBI members who have previously completed the Intro Level course.

National Disability Snooker Coach Dylan Rees from Dungarvan and Mike Doherty from Cappoquin also attended the course to refresh their Coaching knowledge in the new home of Irish Snooker in the SBI HQ in Carlow. This SBI course covers the coaching skills in helping the coaches identify what is needed to start training players to a level 1 standard. The course started at 10am and ran until 1pm. Lunch was from 1pm-2pm and Restarted at 2pm till 6pm on each day. During the course PJ presented various range of the latest Coaching Aids on the market to the coaches like the Academy Laser, Master Doctor, Str8aim G-5 & SA-2, Chris Henry Balls, EBSA Coaching Balls, 360 Cue and Blade Cue and explained in detail their importance. The SBI Coaches also need to attend a sport partnership 3 hr basic awareness course that is organised by their local sports authority through the Sport Ireland.  Finally, the coaches need to be Garda vetted before being presented with the Level 1 Accreditation Certificate later in the season. CLICK HERE

At present SBI have 95 Intro Level qualified coaches all around Ireland approved by Coaching Ireland and we now have 23 Level One Coaches. PJ said ‘’ I am delighted to have two more new coaches from the Leinster and Munster area. They have great passion for the game and they will be a great addition to our SBI Snooker Coaching Team. 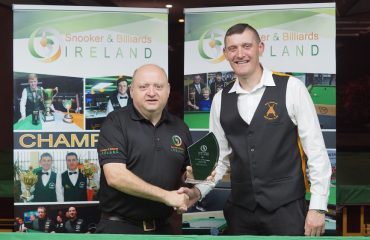