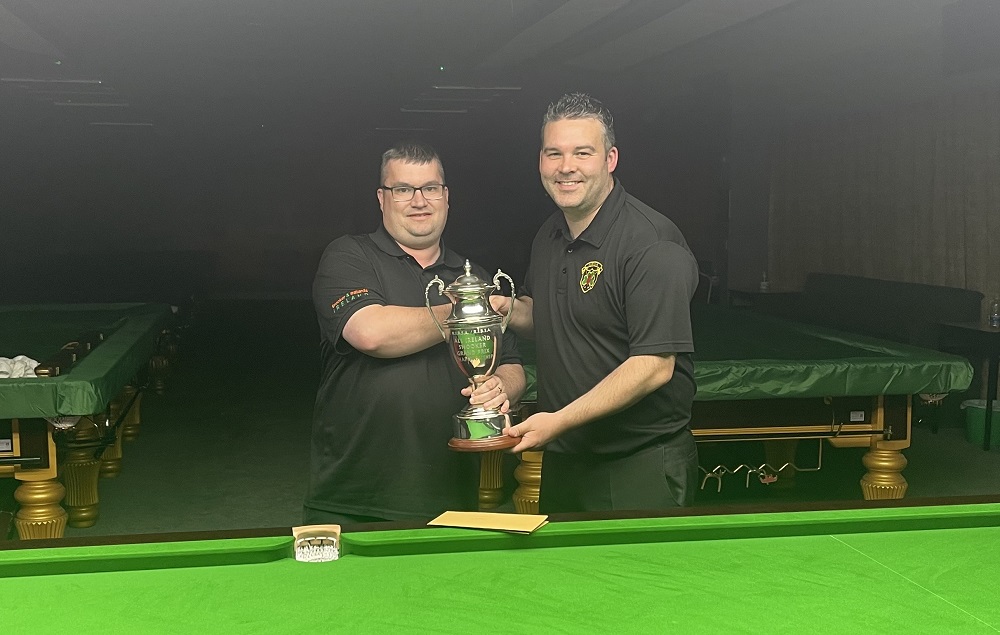 The event was played over two days with the last 16 played at 2pm on Saturday afternoon and the Quarter Finals played at 6pm Saturday Evening with all matches being the best of 7 frames. The last 16 draw produced some great matches which included David Cassidy vs Joel Connelly and Mark Tuite vs Fergal Quinn.

There were a few close matches in the last 16 with three matches going the distance. Full results on website. Mark Walsh narrowly missed out being beaten 4-3 to Ryan McQuillan on the pink ball, Declan Lavery beating Philip Browne 4 frames to 3 and David Cassidy getting beat 4-3 after being 3-1 down. The semis were played at 11am on Sunday morning It was an all NIBSA line up for the Semi Finals after a great day’s play of snooker on Saturday. The first Semi Final between Raymond Fry and Robert McCullough sees the first four frames shared at 2 frames all. Frame 5 went to a respotted black which Robert won before Raymond won frame 6 to take it to a decider. Raymond wins frame 7 to make it to the final with a scoreline of 4 frames to 3

The second first Semi Final between Declan Lavery and Robbie McGuigan saw Declan take an early 3 nil lead before Robbie pulled one back to make it 3-1. Declan then took the fifth frame to take the match 4 frames to 1.

The Final of this year’s SBI/NIBSA Grand Prix is between Declan Lavery and Raymond Fry.

In the final the first six frames were shared between both players to leave us at 3 frames each going into a decider. It was Raymond Fry who took the decider with the highest break of the tournament with 103 to win the match 4-3 and become this year’s SBI/NIBSA Grand Prix champion. Congratulations to Raymond Fry and commiserations to Declan Lavery.

Our thanks go to all players who made the trip down to make this a very successful tournament. We would also like to thank NIBSA referee Seamus Gallagher and SBI referee Conor Doyle for refereeing and to Shane Mason of SBI for doing TD at this event. Finally, our thanks must go SBI for the use of the fantastic facility in the SBI HQ and we look forward to seeing everyone back here again soon. 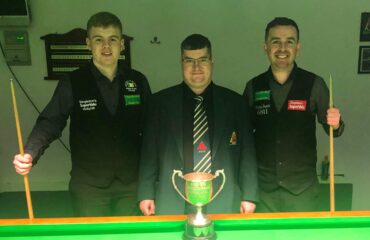