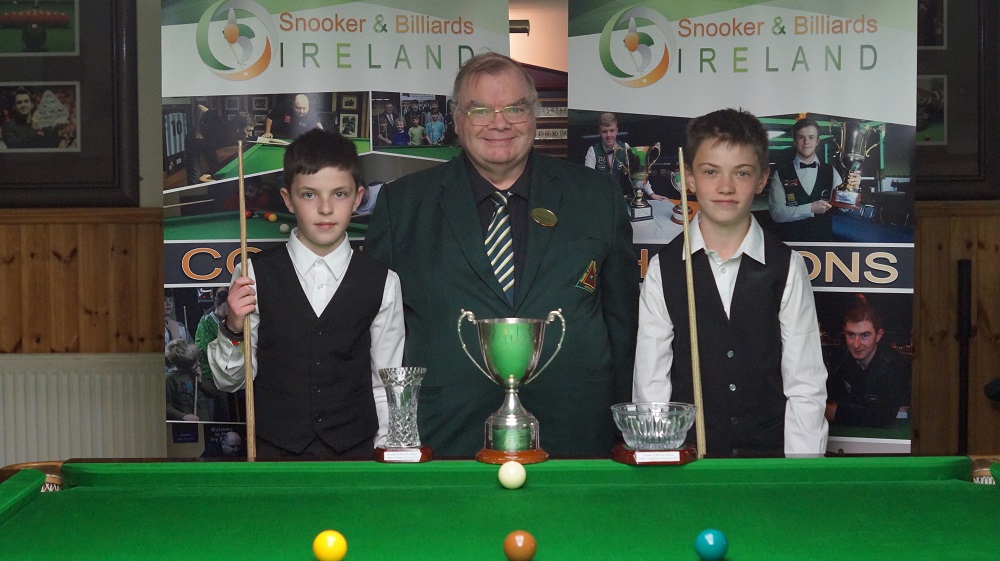 Max Kennedy from Galway won his first National Snooker Title when he won the SBI National U-14 Snooker Championships on the 7th of May in Newbridge CYMS in County Kildare.

In the final Max beat Joe Shannon from Longford in a superb final 3 frames to 2 which was refereed by International Referee Ger Murray.

It was a great match between the No. 1 and No.2 seeds with Max going two nil up before Joe fought back to force a decider. In the decider Max got an early lead and the frame was decided on the pink to give Max the National title. Aaron Donnelly and newcomer Oscar Ellison Gibbons from Dublin were superb on the day and are real stars of the future. SBI would like to congratulate Max on his success and thank all the players, Jim Carrick and Newbridge CYMS on hosting the event and Referee Ger Murray for referring the final. Following this National U-14 Championships the players have now been selected for this year’s Celtic Challenge in Wales in July. Joe Shannon, Max Kennedy, David Hickey and Aaron Donnelly have now qualified to play in the prestigious junior event against Wales. SBI would like to wish the players good luck in their first International event and we will be holding a training camp with PJ in the SBI HQ in Carlow on the 26th of June. 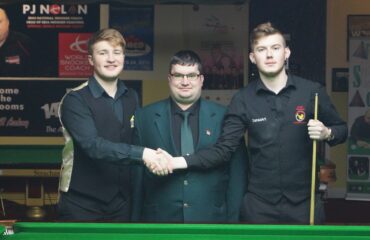 Irish U-18 Final – Bulman Vs Landers