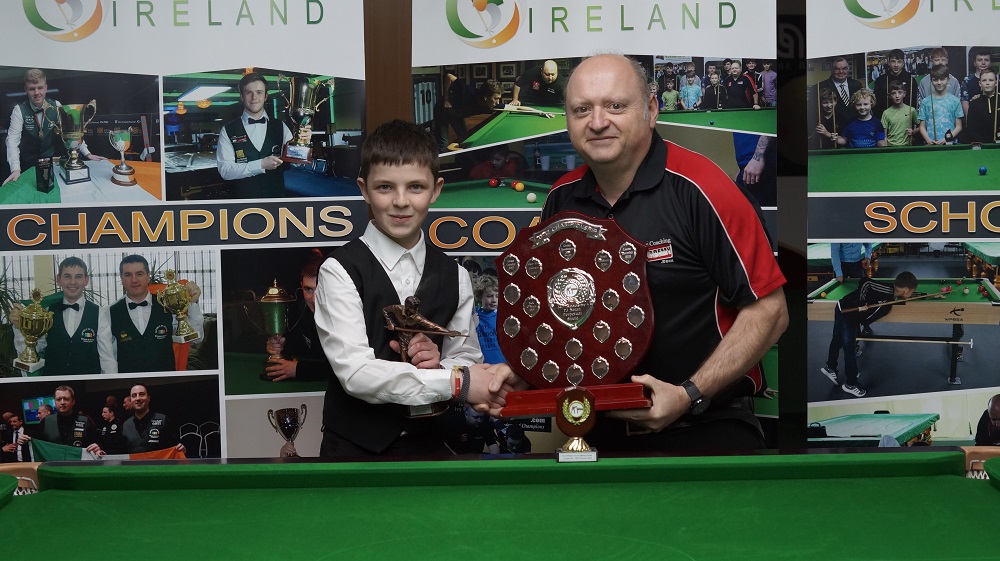 Star of the future Joe Shannon from Longford won the PJ Nolan 147acdemy National U-12 Championships on the 1st of May in the Snooker & Billiards Ireland HQ Academy of Excellence in Carlow. In the final Joe beat Max Kennedy from Galway two frames to 1 in a fantastic quality match to win his first SBI National Snooker Championships. Shot of the Championship

Adam Wynne from Offally won shot of the Championship with an incredible long yellow pot. Joe Shannon won the skills challenge that PJ designed for the day with 23balls. This is an event started up in 2014 by our National Coach PJ Nolan and his 147academy sponsors it each year. PJ sees it as a stepping stone to developing young champions and it is supported by SBI.

Many of the young stars of the Irish game have went on to win many National titles and represented Ireland at International Events after winning this U-12 Championship like Corey Ramsbottom in 2014, Jamie Lee Gardiner in 2015, Noel Gleeson in 2016, Leone Crowley in 2017 & 2018 and Jack O Brien in 2019, but COVID stopped the event in 2020 and 2021. Now in 2022 we have crowned a new champion in Joe Shannon and it has been a fantastic season for joe who is also the No.1 seed ahead of the U-14 Championship next weekend in Newbridge. SBI would like to thank all the players for playing and we hope you enjoyed the day. We would also like to thank PJ Nolan for sponsoring and running the event.