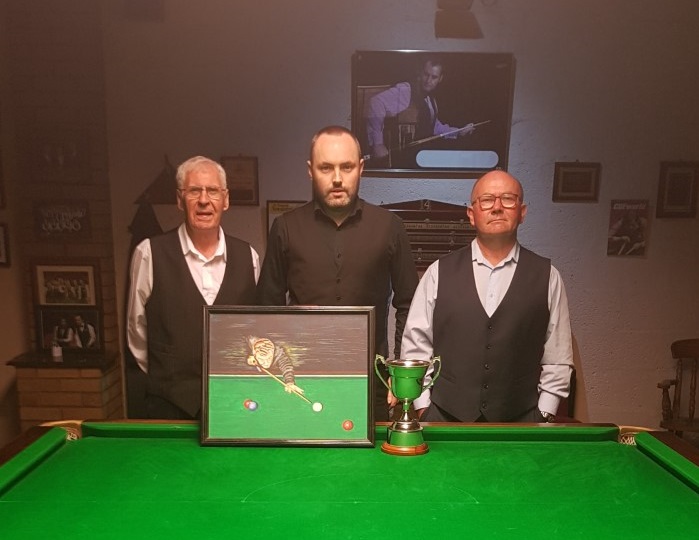 The annual Pat O’ Sullivan Memorial was held on Sunday 1st May in Celbridge Snooker Club, five players took part in a round robin format with 45 mins or 200up per session and the final 400up with a 90 minute time limit.

Brendan Devlin and Joe Doheny made it to the final as they claimed the most wins from the 5 sessions played in the round robin format. Wayne Doyle from Dun Laoighaire had the consolation of claiming the high break of 94 as he was the sole player to start off scratch.

Brendan had a 60 point head start on Joe and maintained his lead although both men struggled to score heavily when on the table. Brendan then produced a 27 break to move within 9 points of victory but Joe responded terrifically with a 29 break to claw his way back and managed to take the lead by 2 points but Brendan took his opportunity when the chance presented itself and claimed the 9 points required to deservedly win the Pat O’ Sullivan memorial event for the very first time.

Thanks to Celbridge Snooker Club for hosting the event and of course the winner Brendan Devlin as Tournament Director for running the tournament. 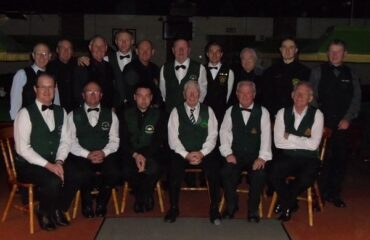 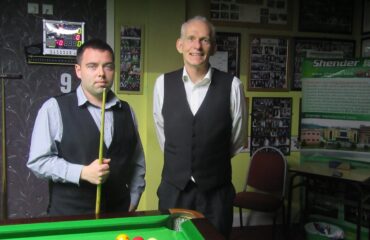