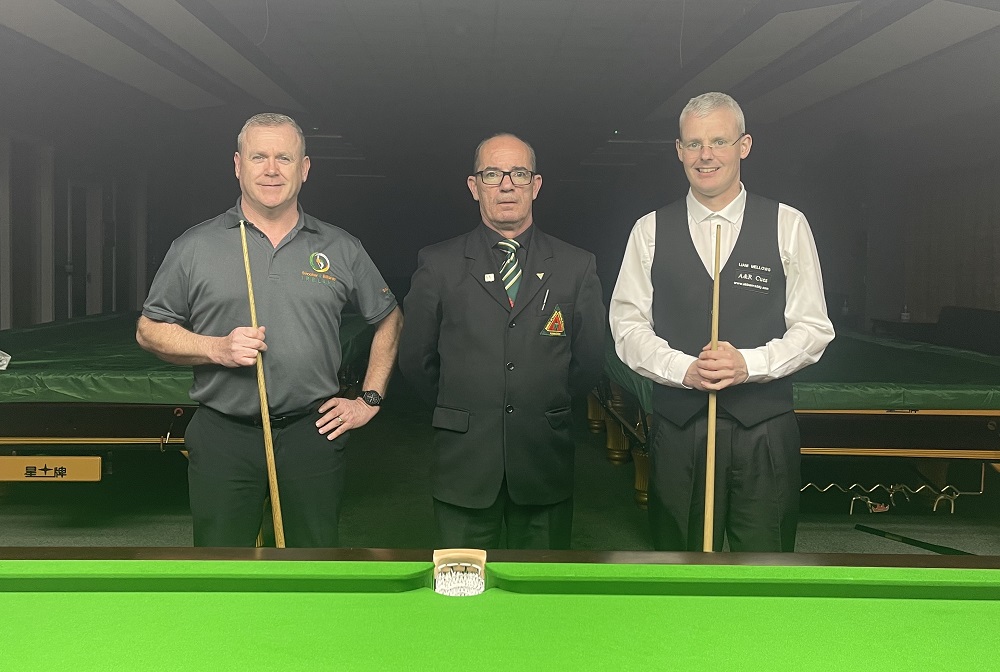 The third Snooker & Billiards Ireland Senior Tour event of the season was played in the SBI HQ in Carlow on Sunday 10th of April. The event was open to any person of 40 years of age and over and we had 27 entries in this event.

Before play commenced at 10am TD Shane Mason announced that this tournament was the cut off point for qualifying for the European Championships in Albania. He also congratulated Frank Sarsfield in reaching the World Seniors Championships in the Crucible Theatre in May and we all here in SBI wish Frank well in this event. There weren’t too many upsets in this event but we did have an early meeting where Rodney Goggins beat Mark Tuite in the last 16. Llyod Myers and Alen Matic both had good runs both reaching the quarter final stages who were beaten by Stephen Walsh and Rodney Goggins respectfully.

The high break on the day was 104 by Rodney Goggins.

The line for the Q-Finals were:

SBI would like to thank TD Shane Mason for running the successful event and to referee Conor Doyle for officiating at this event. Of course a big thank you must go to the players for entering and we hope all our members enjoyed playing in our new home of Irish Snooker. We look forward to seeing everyone again at the championships and the entry is now open on the online system. 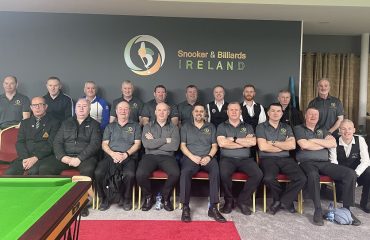 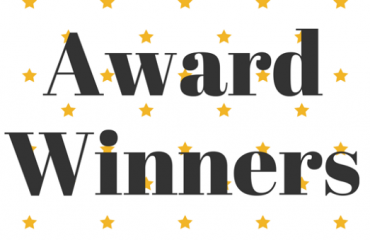