Donal Foran from the commercial SC Galway won his first National ranking event when he won the third Snooker & Billiards Ireland Intermediate Tour event of the season which was played in the Nenagh Snooker & Social Club in Nenagh on Sunday the 3rd of April. The line for the Semi Finals were:

The high break was Sean King with a 63 break

SBI would like to thank TD David Joyce for running the successful event and to Referee Steven Foster plus Nenagh SC for the great facilities on the day. We look forward to seeing everyone again at the National Championships in May in the SBI HQ Carlow and the entry is now open on the online system. 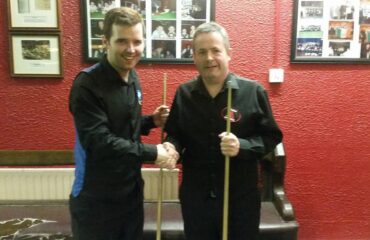