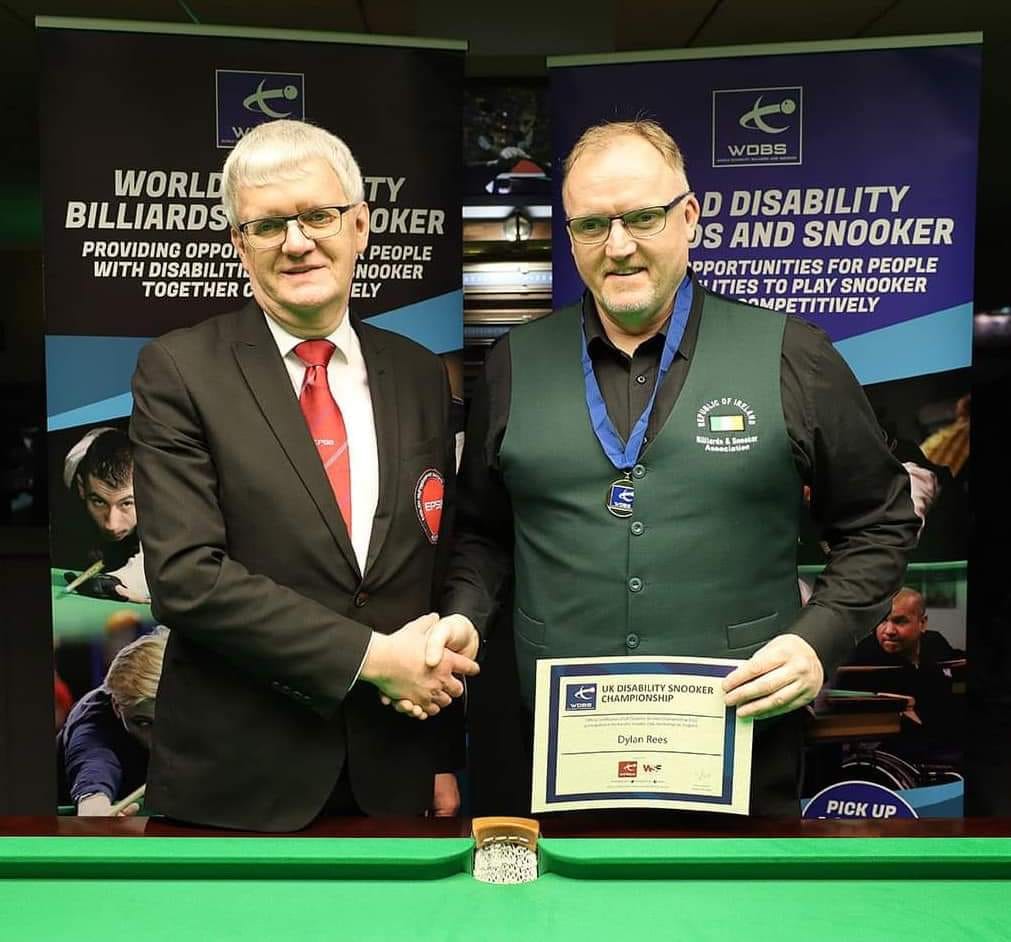 Ireland’s Dylan Rees from Dungarvan SC won the 2022 UK Disability Snooker Championship which was held in Barratts SC in Northampton England over the weekend.

Organised by World Disability Billiards and Snooker (WDBS), the event was the first of the calendar year and saw eight individual tournaments covering different disability classification groups staged, in addition to a Challenge Cup tournament for players who did not qualify for the final day.

Ireland’s Dylan Rees completed a hat-trick of WDBS titles following a 3-1 victory against Welshman Ronnie Allen in the Group 7 competition for players with visual disabilities.

Having topped his group with three wins from three, Rees found himself in significant trouble during his semi-final against two-time WDBS champion Mike Gillespie, after the reigning Hull Open winner took a 2-0 lead during the early stages.

Rees was to prove up to the task, however, as he restricted Gillespie to just 23 points over the following three frames to claim a 3-2 comeback victory, before ultimately seeing off Allen in the final to maintain his unbeaten start to life on the WDBS Tour.

SBI would like to thank the WDBS for the photos and report.

SBI Congratulate Dylan on his success and SBI hope to hold a national event later in the year in Ireland. 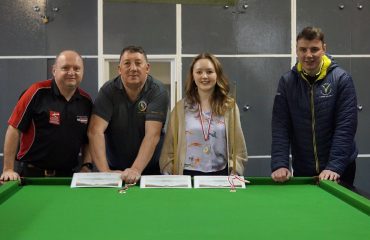 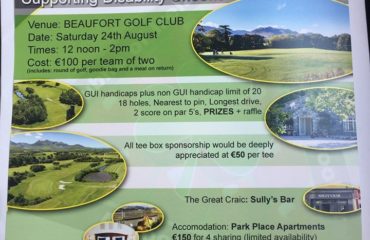