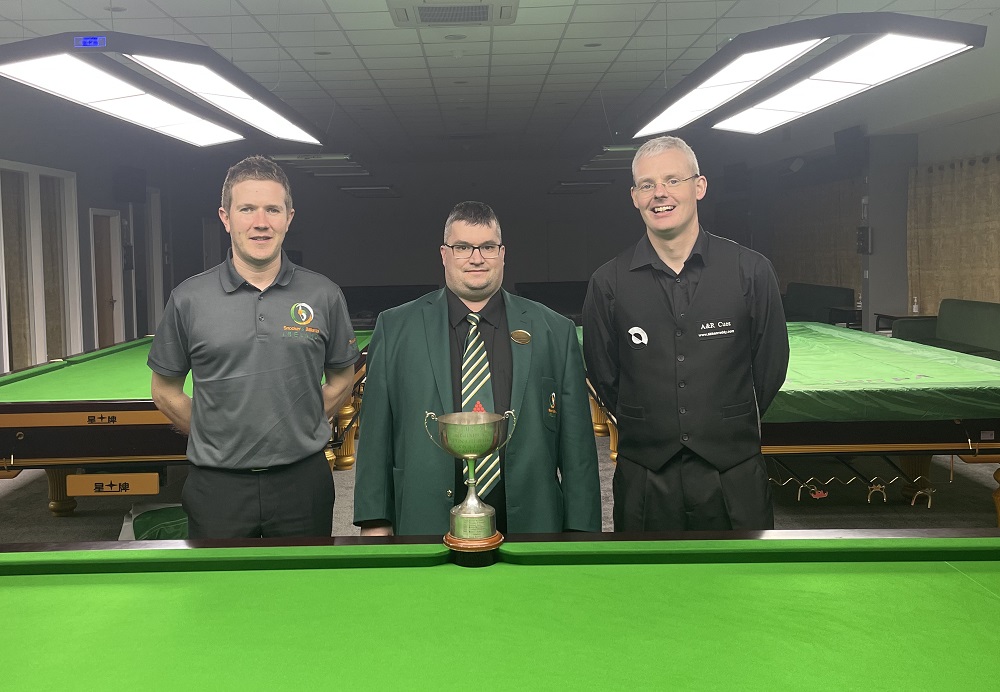 The second Snooker & Billiards Ireland Amateur Tour event of the season was played in the SBI HQ in Carlow over the weekend of the 19th and 20th March. The event was open to any gender and we had 33 entries in the event.

The players battled through a long days of play which ended after 11pm on the Saturday to qualify for the Semi Finals on which were played on the Sunday morning at 11am. In the Quarter Finals we had a couple of cracking matches which included Philip Browne playing against Rodney Goggins which Rodney finally won on the black in the decider.

The line for the Q-Finals were: In the final it was Brendan who took an early 2 nil lead before Rodney took the next 3 frames. Brendan took frame 6 to take us to a decider but it was Rodney who took the title with a 92 break. They were a number of high breaks in the event but it was Brendan O Donoghue who won the high break prize with a 108 break.

SBI would like to thank TD Shane Mason for running the successful event and to Referee Conor Doyle and finally a big thank you to the players for entering and we hope all our members enjoyed playing in our new home of Irish Snooker. We look forward to seeing everyone again at event three and the entry is now open on the online system.