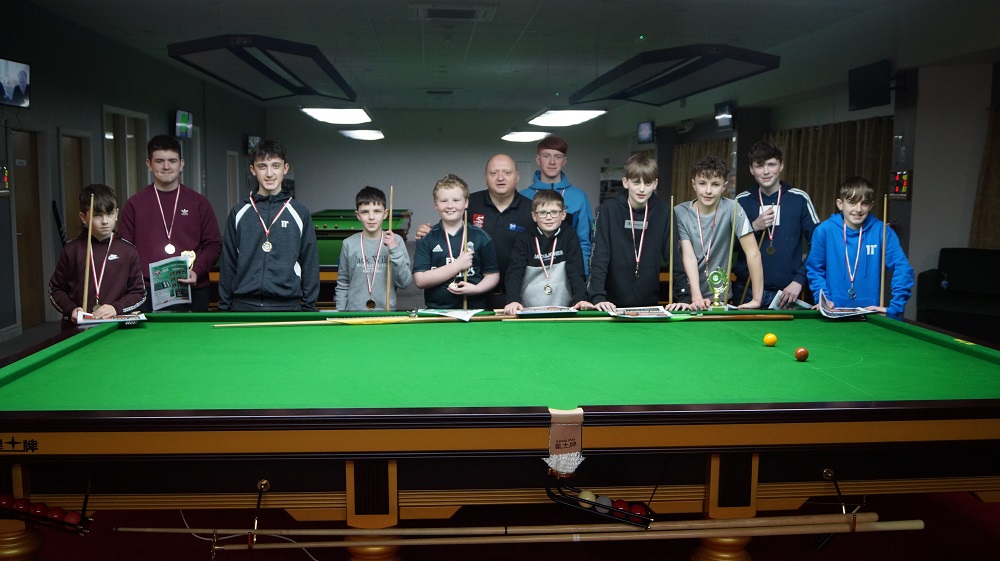 On Saturday the 8th of January, Snooker & Billiards Ireland (SBI) held a free National Junior Snooker Developmental Day in the SBI HQ Academy of Excellence in Carlow from 11am to 4pm with our National Coach PJ Nolan.

The day was hailed a huge success with junior players travelling from Cork, Dublin, Longford, Offaly, Limerick, Galway, Navan and Westmeath attending this day with PJ who is also a professional WPBSA Snooker Coach. PJ was very impressed with the talent on show.

The players learned about the Approach, Stance, Grip, Cue Action, Cue Ball Control. Basic Potting Skills and various kinds of Practice Routines. The skill of Billiards will also be introduced to the players with half ball in-offs. Rules of the Game

International Referee Ger Murray who is also a level 1 SBI coach was on hand to assist the players on understanding the rules of the game. Ger set up situations on the table and coached the players on how to deal with the rules, which we believe will help them in the future. Within the SBI Academy we have four mini star tables which will help introduce new younger people to the game and help SBI develop the game going forward. We also have 4 Shender and 4 Star Tables for the more experienced players.

Over the past few seasons SBI have held Junior Developmental days to introduce and encourage more juniors to play our beautiful sports and this will continue in the future with more days planned for 2022. Irish National Coach PJ Nolan thanked his team of SBI Coaches Paul Keighery Ballinasloe, Neil Madigan Limerick, Ger Murray Edenderry for attending and bringing their players to this development day. We hope their players enjoyed the day and had some fun and learned to improve their games. The day began with the players playing some basic shots to warm up. We then started with a touch and feel target competition. Next PJ went through how to make a good shot approach, and followed that with good fundamentals in the player’s bridge hand.

Each technical area was videoed and the players watched back their techniques on the large screen and PJ feels this is crucial in teaching good fundamentals.

We then held a re-spot black and a safety shot competition. PJ followed that with learning to make a solid stance, cue action and delivery. The players were then shown how to control the cue ball and then try some of PJ’s practice routines. Finally, PJ used his academy laser to help the players correct or confirm their shot alignment. Throughout the day the players were shown and tried out some of the leading and latest training aids on the market including the Str8aim SA-1 & SA-2, Chris Henry ‘The Balls’, The Master Doctor, Blade Cue and the EBSA Coaching which were designed by PJ Nolan. All players received Medals and Booklet

Each player who attended received a medal and a copy of a special training booklet that PJ designed which covered the techniques, routines and advice on improving their games. For more information on Coaching, contact info@sbireland.ie or PJ Nolan on pjcoach147@hotmail.com 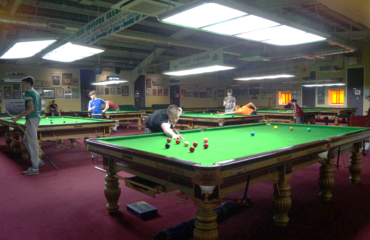 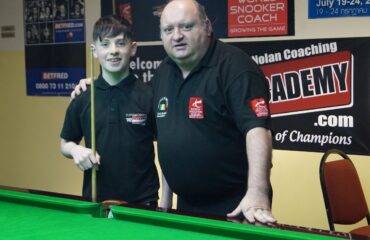