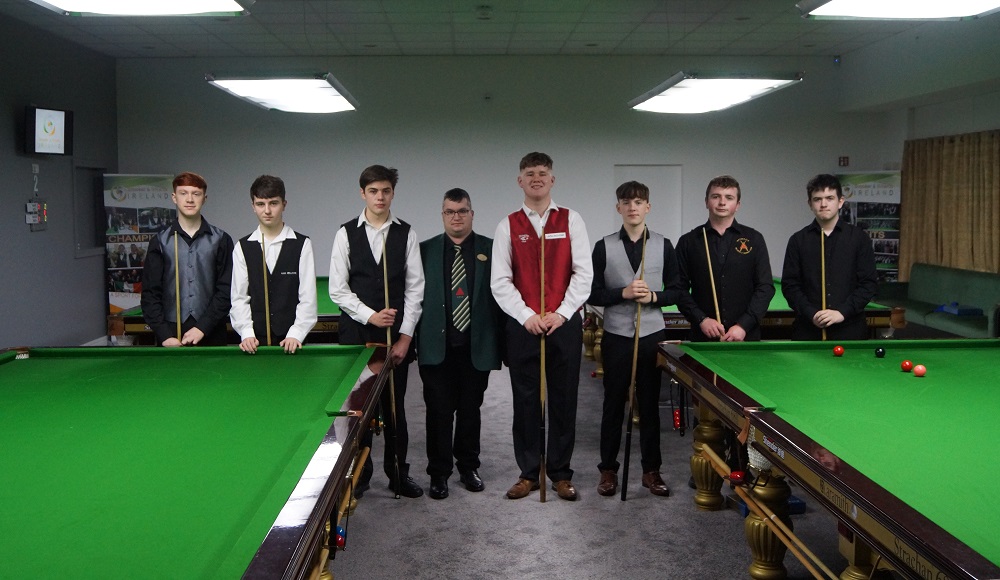 Snooker & Billiards Ireland held a U-18 qualifier on Sunday the 2nd of January in the SBI HQ in Carlow for SBI players for the 2022 U-18 European Championships which will be held in Poland in April.

SBI announced 5 players will qualify for this U-18 Championship in Poland. National U-18 Snooker Champion Leone Crowley from Cork received an automatic spot and the four qualifying spots went to Alex Currid, Aaron Smith, James O Connell and Jack O’Brien who qualified on the day.

The SBI qualifying event was held in two groups. In group A it was Alex Currid from Liam Mellows SC Wexford who was in fantastic form to win his group with three wins to qualify by winning his group.  Also in group A it was the current U-14 champion Jack O Brien from St John’s Limerick who won two matches from his three matches to qualify for his first International snooker singles championships.

In group B it was 16year old Aaron Smith from Potters SC who was in great form with three straight wins in a row to win his group and qualify. He was joined by James O Connell from Douglas SC after the young cork man came back from 2-0 nil down against Gavin Ryder from Rathkeale SC in his first match to win 3-2. James got stronger and made the high break on the day with a 78 break to win his two matches. National Coach PJ Nolan was very impressed with the four qualifiers and to David Farrelly, Gavin Ryder and Daragh Breen on their outstanding passion and commitment on the day. Other high breaks on the day were Alex Currid 64 and Aaron Smith 53 & 54.

SBI would like to thank all the players for entering the event and to Referee Shane Mason for all his help on making it a great day of Junior Snooker. SBI will hold a U-21 Qualifier on 29th of January.

The European Championship will be in held in Lublin, Poland from 1st to 14th April 2022.  Full information and details on the U-16, U-18, U-21 and Mixed Championships are contained in the attached document below. SBI will be in contact with each qualifier regarding flights, hotel.

Snooker & Billiards Ireland (SBI) reminded all members in relation to all tournaments that every player, and official must be fully vaccinated against Covid 19 with no exception.

This is the policy of Snooker & Billiards at this current moment in time, but SBI will constantly monitoring the situation and should the rules change with direction from Sport Ireland and the Government, SBI will review the situation.

Proof of vaccination was needed and shown to the Tournament Director to gain access into the venue and tracing was completed for all players, officials and parents/guardians. 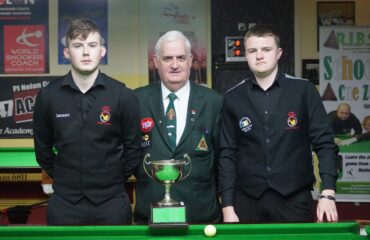 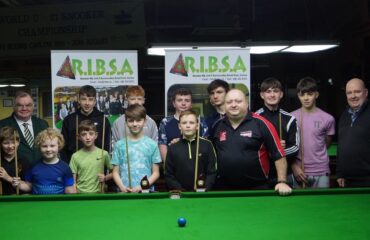