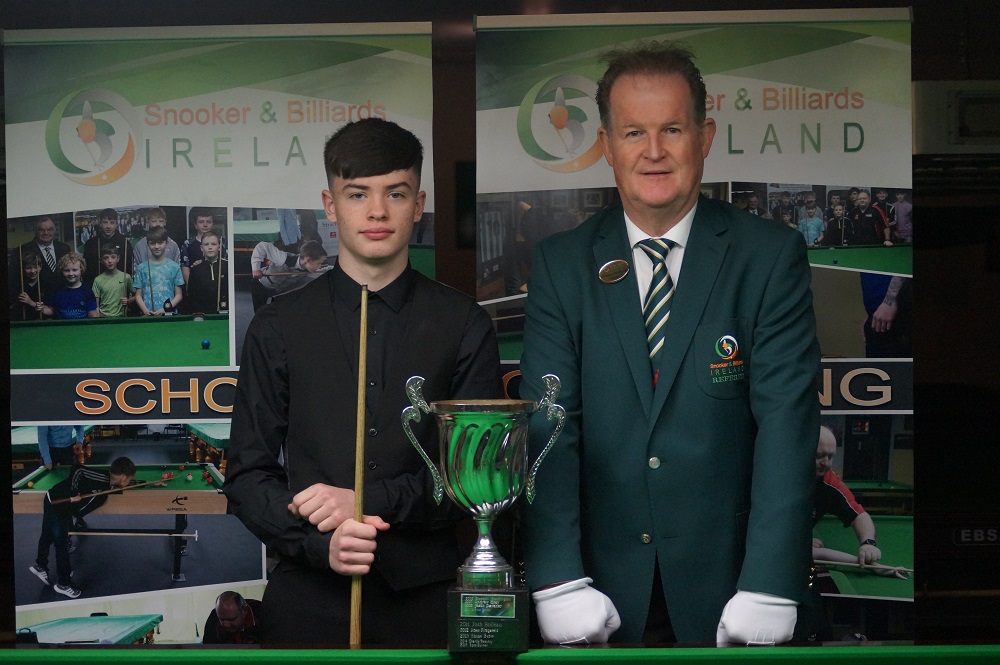 Crowley is National U-16 Champion

Leone Crowley from Cork City won the 2021 Irish National Under 16 title in style today with a 3 frames to 2 victory over Aaron Smith from Potters SC Drogheda. The Championship was played in Newbridge CYMS on Saturday the 30th of October. This championship was open to players who were Under 16 on 31st December 2020.

The tournament was refereed by International referee Aonghus McAnally and SBI would like thank him for his assistance on making the tournament a big success on the day.

Snooker & Billiards Ireland (SBI) held the 2021 SBI National Under 16 Snooker Championships in Newbridge and the seeds were based on the current U-16 SBI ranking before COV-19 put a halt to the season. The TD for the Championships was our National Coach PJ Nolan. All matches were the best of 5 frames including the final. Highest Break of the Championships went also to Leone Crowley with a 43 Break. In the Semi Finals it was No.1 seed Leone Crowley who was the defending champion. The cork youngster was in great form to beat Ronan McGuirk 3-0 while in the other semi-final Aaron Smith beat the No.2 seed James O Connell also 3-0 in the other semi.

The defending Champion was Leone Crowley as no (Irish Championships was held in 2020) and he faced the 2019 Under 14 Champion Aaron Smith. It was Leone who won the opening frame to led 1-0. A top break of 43 helped the young cork man to go 2-0 up and one frame away from defending his title. In frame 3 Aaron played excellent and a 32 clearance closed the gap to 2-1. In frame 4 Aaron again played great snooker to level the match at 2-2. In the tense final frame it was Leone who fought back to win the frame and the title.

This Event was played in full dress, Pants, Long Sleeve Short, Waistcoat and Shoes. All National Championships will be played within our SBI COVID-19 protocols for all the players / supporters in the venue.

SBI would like to thank Jim Carrick and Newbridge CYMS for holding the exciting Championship with so many talented players on show. Congratulations to Leone on defending the 2021 U-16 National Irish title and follow in the footsteps of the legends that have won this title in the past. 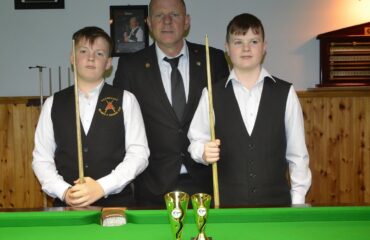