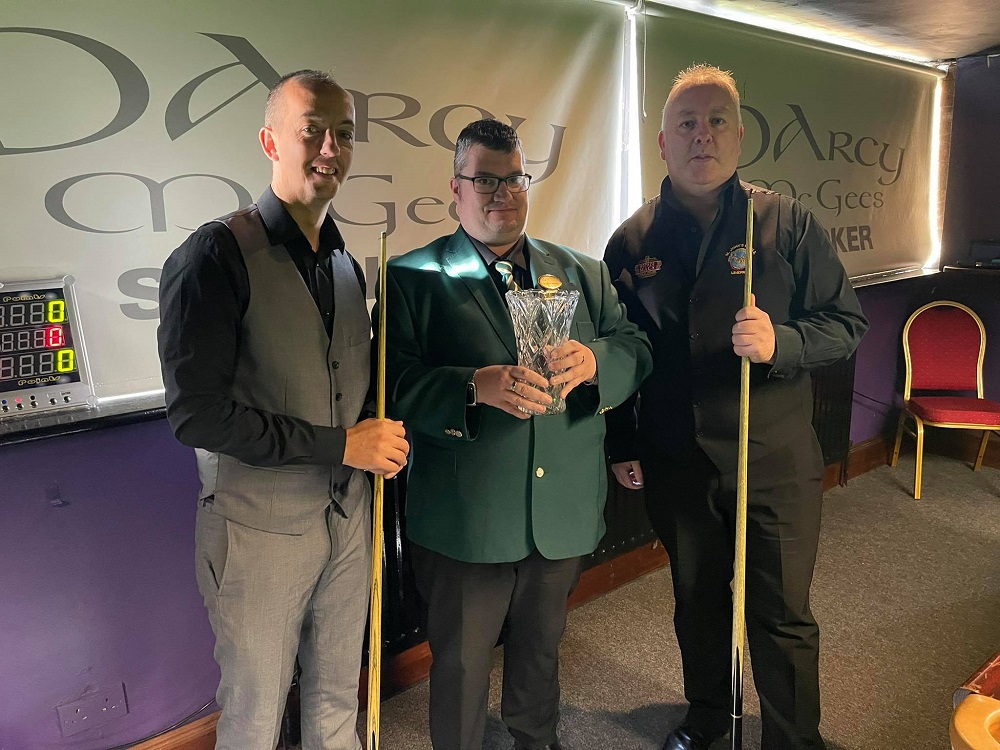 Great weekend of play in the 2021 National Intermediate Championship in D’Arcy McGees Snooker Club in Dublin was held on the 23rd & 24th of October.  39 players entered this Championship and the standard was very high over the weekend.

In the final John Torpey from St John’s SC in Limerick won the title in style when he beat Richie Flynn from the Hawks Nest in Waterford 3 frames to 1 in a superb final that was refereed by International referee Shane Mason.

Action started at 10am with many great matches and in the quarters we had a really tight match in which Ivor Fitzpatrick had a good chance to knock out the number 2 seed John Torpey but it was John who showed his experience to win in the deciding frame.

In the semi- finals we had deciding frames in both matches in which Richie Flynn beat Benny O Brien 3-2 and Mark Gleeson was beaten 3 frames to 2 by John Torpey. The Final
In the final it was John Torpey who raced into a 2 nil lead before Richie Flynn won a scrappy third frame to pull one back. John then showed his experience by holding on to win the next frame and take the championship 3-1 in the final to win the National title.

TD Shane Mason congratulated all the players and gave a special mention on a great achievement for Stephen Byrne from D’Arcy McGees on winning his first ever match on the intermediate tour. SBI would like to thank all the players for entering the event,  TD Shane Mason for running the event and to Richie and Paul in D’Arcy McGees Snooker Club for all their help over the weekend.  We won also like to thank Richie McCauley for the crystal vase he sponsored to the winner of the National Intermediate Championship. Due to website problems, results were not recorded online. Please find results below. 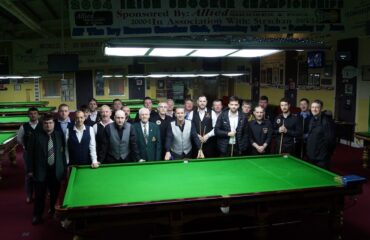