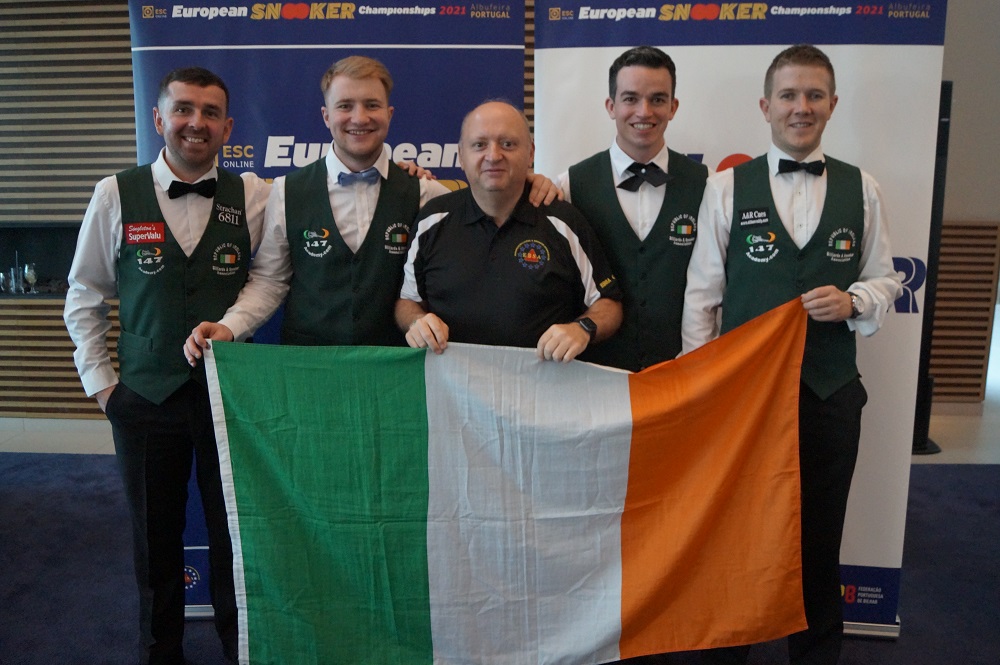 Our Snooker & Billiards Ireland Men’s Snooker players are competing in the 2021 European Men/Mixed Snooker Championships here in Portugal this week. The Group Draw and Schedule has been made by the EBSA. Brendan O Donoghue, Greg Casey, Stephen Bateman and Daniel O Regan are flying the Irish Flag in this event.

Once the group matches are all finished, the knockouts will begin, with the winner of the European Championship winning a 2yr pro ticket on the Main Tour – CLICK DRAW A hero’s welcome for Mark in Dublin Airport