IRISH CULTURE AROUND WOMEN IN SPORT

The 20×20 concept was originated and developed by Along Came A Spider, who are passionate about creating ideas with purpose. Presented by the Federation of Irish Sport, all of Ireland’s leading sporting organisations have come together to pledge their active participation in and support of 20×20. Nielsen Sports was commissioned by Along Came A Spider to determine the quantity of Women’s Sport coverage in Ireland across TV, online, print and social media.

IF SHE CAN’T SEE IT, SHE CAN’T BE IT – RESEARCH SHOWS 20×20 HAS HAD A STRONG IMPACT ON IRISH CULTURE AROUND WOMEN IN SPORT

– BUT THERE’S STILL MORE TO BE DONE

OCTOBER 21ST, 2020: 20×20, the movement originated by the creative agency Along Came A Spider, and presented by the Federation of Irish Sport, came to a conclusion today at a star-studded virtual event hosted by KPMG. 20×20 set out two years ago to create a measurable shift in the perception of women in sport in Ireland, so that it would be seen as something strong, valuable and worth celebrating. 20×20’s objective was to make women’s sport a bigger part of Irish culture by making it more visible.

The campaign would never have come to life without five Irish brands championing the 20×20 mission, KPMG, AIG, Investec, Lidl and Three. All of Ireland’s National Governing Bodies and Local Sports Partnerships, as well as a host of third level institutions, schools and clubs around the country also showed their support and signed a 20×20 Charter.

Research commissioned by 20×20 and conducted by Behaviour & Attitudes, details significant success here with 80% of Irish adults – rising to 84% of Irish men – saying they are more aware of women’s sport now than two years ago, before the movement launched. Results are also strong in terms of culture, with over three quarters of the population agreeing women’s sport is seen as cooler now than it was two years ago. Of those aware of the campaign, 73% – rising to 75% of men – say that 20×20 changed their mind-set positively towards girls and women in sport, with 68% stating they support women in sport more because of 20×20, and 42% of women saying they now participate in more sport because of the movement.

Despite this progress though, women’s sport still lags far behind men’s sport when it comes to participation, attendance and media coverage. In terms of media coverage, research conducted by Nielsen at the outset of the campaign, found that just 4% of sport’s online coverage and 3% of sport’s print coverage was dedicated to women’s sport. Moving to the end of the first half of the campaign in 2019, both of these areas had grown by over 50%, up to 5% for online and 6% for print. TV coverage of women’s sport meanwhile saw a 40% decrease in the same period, even though it increased across both RTÉ and TG4. There has been a significant finding elsewhere with television, as audiences of women’s sport on TV grew over the first year of the campaign from 7% of the total TV audience in 2018 to 18% in 2019, while in the first year of 20×20, participation grew by 13% while attendance in women’s sport increased by 17%.

Speakers at the KPMG and 20×20 final campaign event today included nine-time Wimbledon Champion Martina Navratilova, former Irish rugby international, Brian O’Driscoll and Olympic silver medalist at the Sydney 2000 Olympics, Sonia O’Sullivan amongst others. All lauded the significant strides made by women’s sport in recent years yet warned against complacency given the scale of the job yet to be done.

All of today’s speakers highlighted the significant opportunity available for society, for media, for sponsors and for sport itself once there is continued investment in women’s sport. Behaviour & Attitudes found that out of the five teams that generate the most interest in Ireland, two of them are women’s teams being the Irish Senior Rugby and Football teams respectively. Hockey Ireland not only broke its own attendance record for a women’s international in 2019, with over 12,000 attending the Olympic Qualifiers in Donnybrook but also saw a 23% increase in membership this year.

CEO of the Federation of Irish Sport, Mary O’Connor said: “We have all come a long way since 20×20 launched in 2018 and it was fantastic to hear today the shifts that are happening in our culture and in perception around women in sport. The research shows just how important that visibility, participation and attendance has meant for women in sport across the country, and as we close the curtain on this fantastic movement, we are hoping that everyone takes the baton that 20×20 is handing over and continues to run with it long into the future.”

Speaking about the research, Sarah Colgan, CEO of Along Came A Spider and 20×20 founder said: “Today is a big day for all of us involved in 20×20 and everyone who has supported the movement along the way as we draw to a close after two fantastic years for women in sport in Ireland. The research findings show that the momentum of 20×20 has helped to begin that cultural shift in perception around women in sport, and has started to change the attitude of the wider public towards women’s sport in Ireland. To see that 80% of the population are now more aware of women’s sport than in 2018 is one of the big headlines for us – it shows the hard work and effort that has gone on behind the scenes by governing bodies, Local Sports Partnerships, schools, clubs and universities as well as the fantastic support of our sponsors, has really helped to push women in sport into the spotlight over the past two years. While there are a lot of positives to take from today’s findings, it is also key to note that there is a still lot more to be done, and hopefully, today’s event and our fantastic line-up of speakers, have helped to keep that conversation going and propel it forward once more as we move towards 2021.”

Emer McGrath, Partner at KPMG added: “It was a huge honour for all of us at KPMG to be involved in today’s event and to help spread the message of 20×20 to more and more people. These past two years have been phenomenal for 20×20 and for all of us who are involved in sport in Ireland. We are thrilled to hear from the research that there have been such strides made for women in sport in Ireland, and we pledge to continue to push this message forward for many more years to come.”

Keynote speaker at today’s event, Martina Navratilova said: “It was fantastic to be part of today’s event looking ahead to the future for women in sport. This is not just an Irish issue, but an international one, and one that we all need to stop and think about, talk about and ask questions about. Since 20×20 launched in 2018, I have heard so many incredible stories of the cultural change that has been happening in Ireland around women in sport. It is fantastic to hear such strong results from the research today and is up to each and every person in Ireland to drive this change forward.”

Sonia O’Sullivan added: “20×20 has been a significant movement in Ireland not just for women, but for all of society. It is fantastic to hear that people’s perception of women in sport has changed over the past two years, and that is thanks to the fantastic work by everyone involved in sport to drive this message forward. Now, the future lies in our hands, and we all must take it upon ourselves to keep driving it forward, keep the coverage coming, keep attending women’s sporting events and keep participating.” 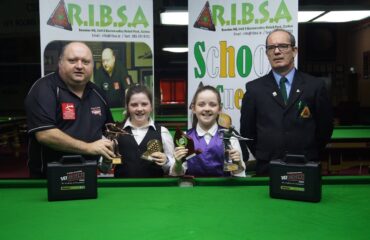