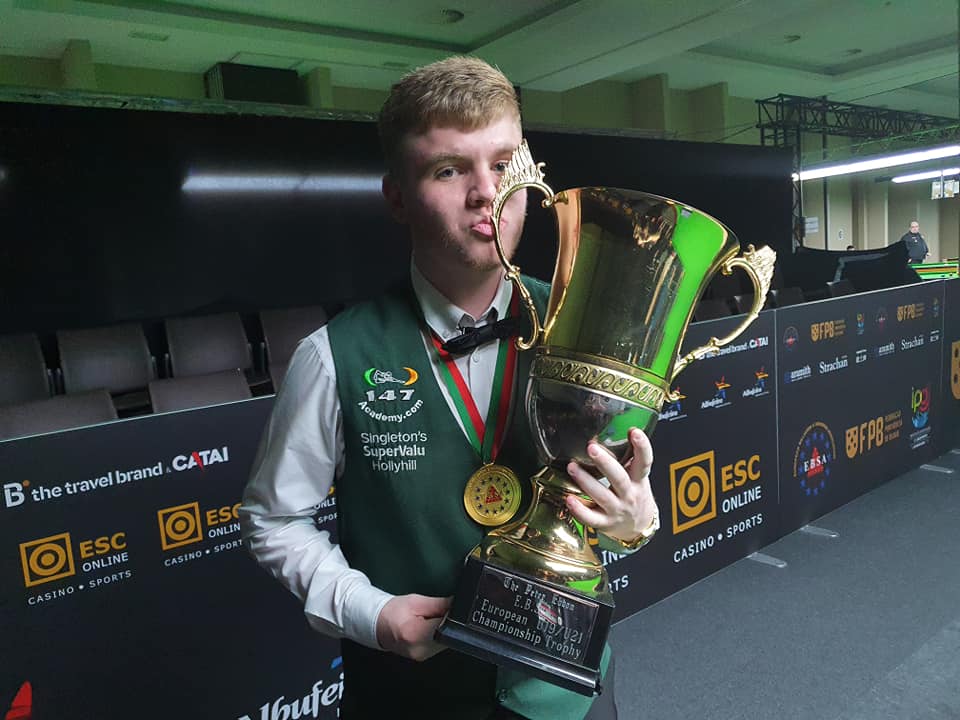 Republic of Ireland junior Aaron Hill beat Hayden Staniland from England 5 frames to 2 to win in the European U-21 Championships in Albufeira / Portugal at the Salgados Palace Hotel in the Algarve.

The incredible Irish junior Hill created the double here in Portugal after winning the European Under 18 last week but the 21’s was his main target to gain a 2yr pro ticket. 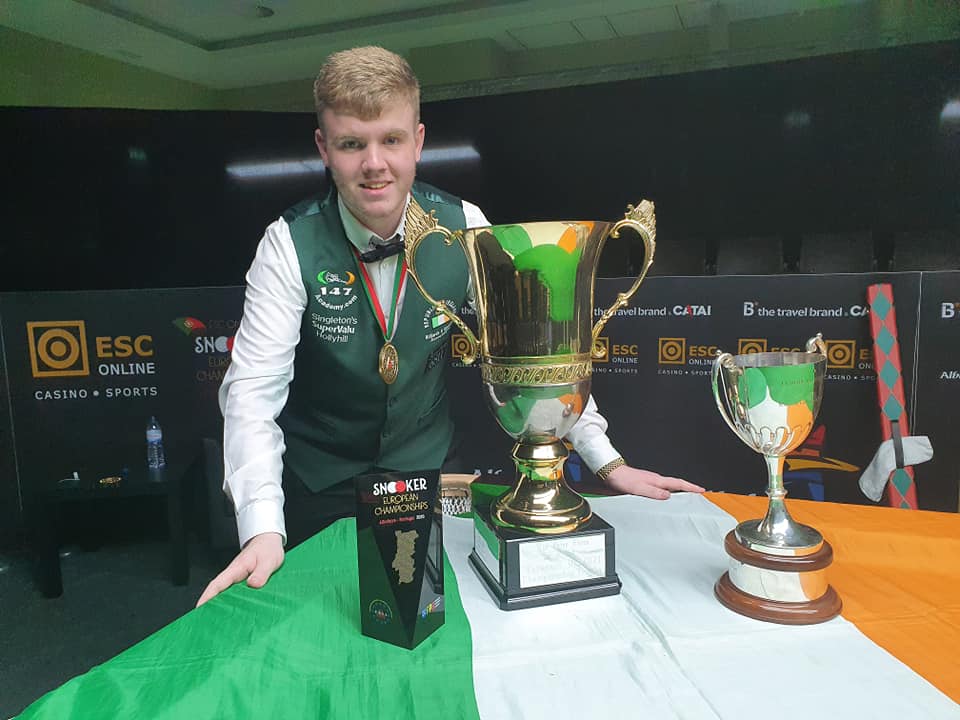 This match was streamed live via the www.ebsa.tv web site.

The EBSA and the Federaçao Portuguesa de Bilhar (FPB) organised The European Snooker U21 Championships and every top junior across Europe entered but it was the Corkman who showed his skill to lift both titles.

There was also added success for the Irish with Noel Landers from Youghal winning the Tournament high break prize with a great 114 break.

Aaron now begins his Professional adventure with everyone from RIBSA and Irish Snooker congratulating him on his fantastic success and wish him good luck on the main tour.

National Coach PJ Nolan said that Aaron showed all part of his game to lift both titles over the last 9 days with incredible breaks, safety, match -play and he hopes this inspires other juniors to follow him with European and World Titles in the near future.

Click on www.ebsa.tv for all the latest news from Portugal. 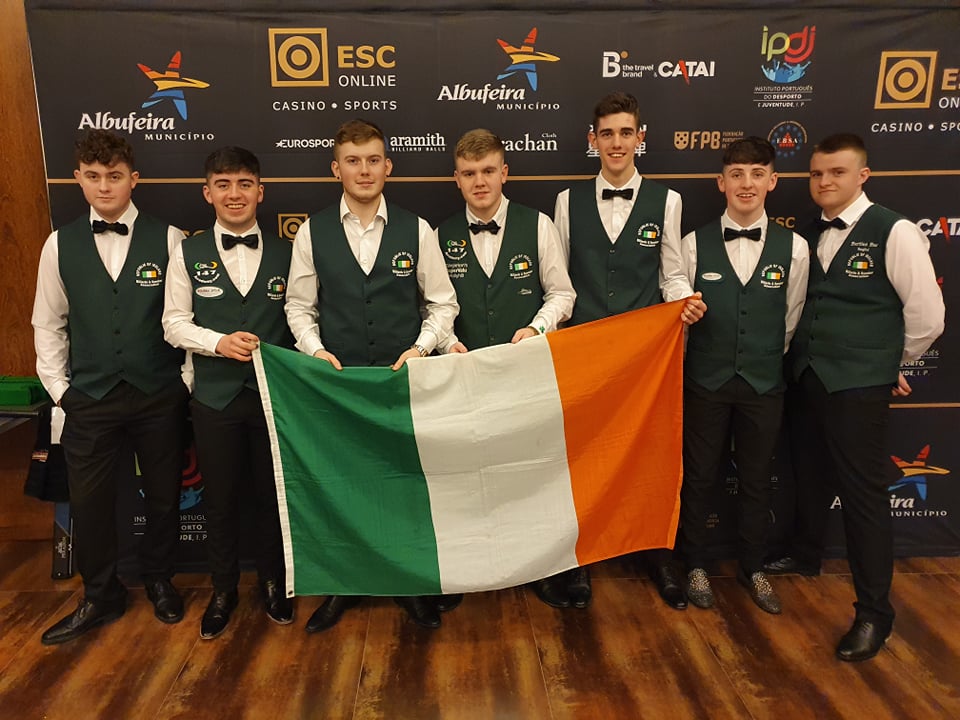 O’Donoghue out in IBSF Mens Last 16