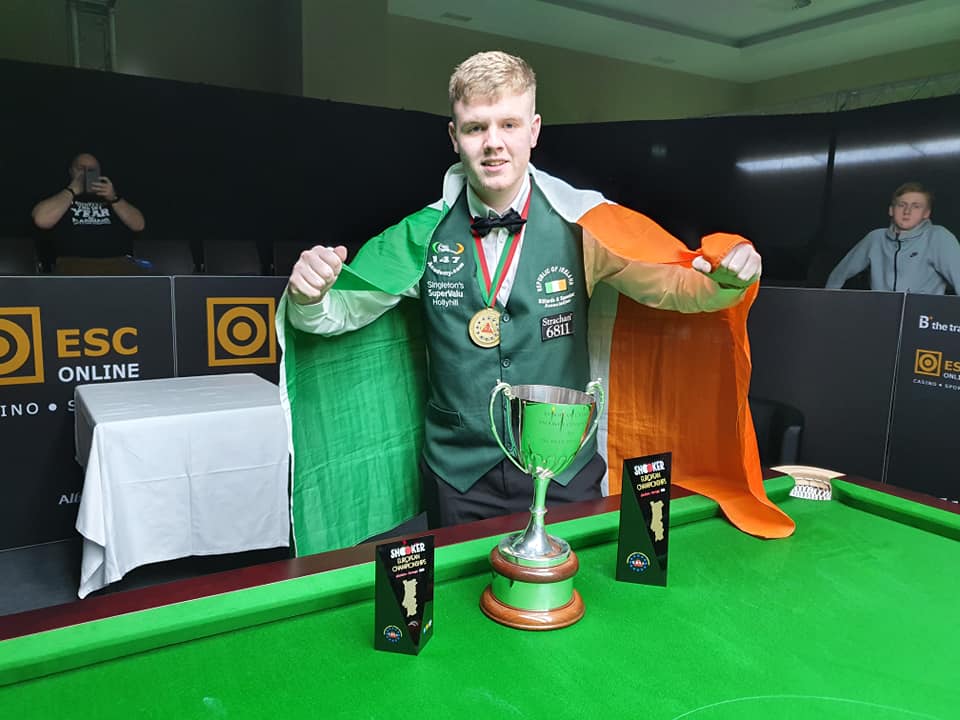 Ireland’s Aaron Hill from Cork retained his European Under 18 Championship Crown when he beat Sean Maddock from England 4 frames to 1 in the final of the 2020 European Individual Snooker U-18 Championships in the Salgados Palace Hotel in the Algarve, Albufeira, Portugal.

Aaron is the first RIBSA player to defend his European title and the player from the Crucible Snooker Club in Cork also won the high break prize. On winning the title Aaron also receives a place in the 2020 World Professional Championships Qualifier later this year.

Aaron’s performance this week was incredible by losing very few frames to claim the title back for the talented Irish Junior. Well done Aaron on retaining the title.

In the Semi Finals Aaron beat Ben Mertens from Belgium who had beaten him in the World U-16 final in 2019 but the Corkman today won 4 frames to nil. The match was live streamed via www.ebsa.tv Aaron won his last 32 match this morning when he beat Luis Vetter from Switzerland 3-1, In the last 16 he beat Liam Graham from Scotland 3-0 and in the QFinals tonight he beat Englishman Joe Fenton 4-0.

The final is scheduled for 6pm. Aaron still holds the high break with his 131 break earlier in the event. Aaron and Ryan won their groups with 4 wins out of 4 matches while Leone and Aaron finished third with 2 wins from 4 matches. Noel Gleeson, Lewis Casserly and Jack Newman did not qualify.

All Irish players played well and got a lot of International experience.The standard is very high this year. Well done to all the Irish Juniors. 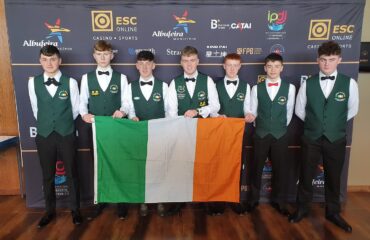