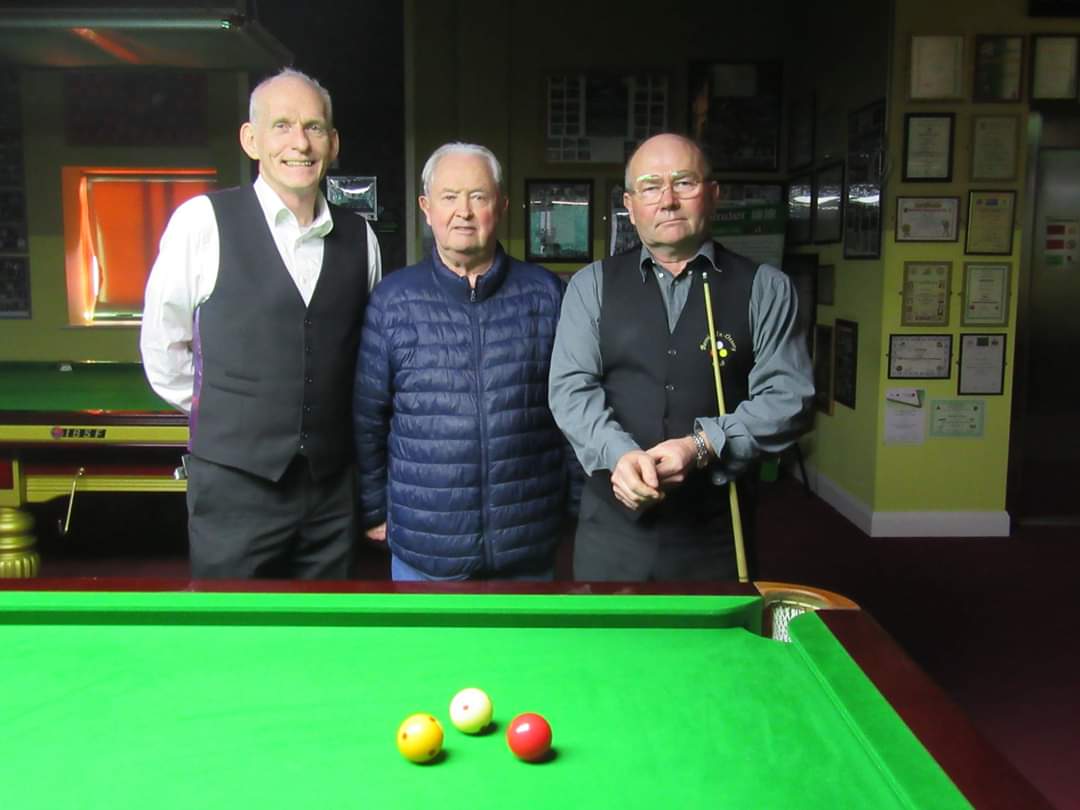 Ten players entered and the format was 90 minutes. Aidan’s passage to the final was straight forward as he registered comfortable wins over John Kehoe, Jason Dowling and Larry Drennan to face Joe Doheny in the final who overcame Lloyd Myers and Aonghus McAnally.

The final saw Aidan produce a big lead which he never relinquished that included a break of 69. Joe never got going until he produced the highest break of the day with 92 and playing for pride at the closing stages of the game but the damage was done however and Aidan won the game by 104 points as the clock ran out with Aidan going into the 150up championship on 22nd March with plenty of confidence.

Thanks to Tournament Director John Kehoe on running the event and Marian Leacy and Ivy Rooms for hosting the event.

The next Senior Billiards event is the 150up championship on Sunday 22nd March in Ivy Rooms Snooker Club in Carlow. If you wish to enter call or text John Kehoe on 087 7773649. 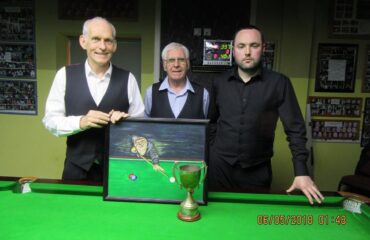