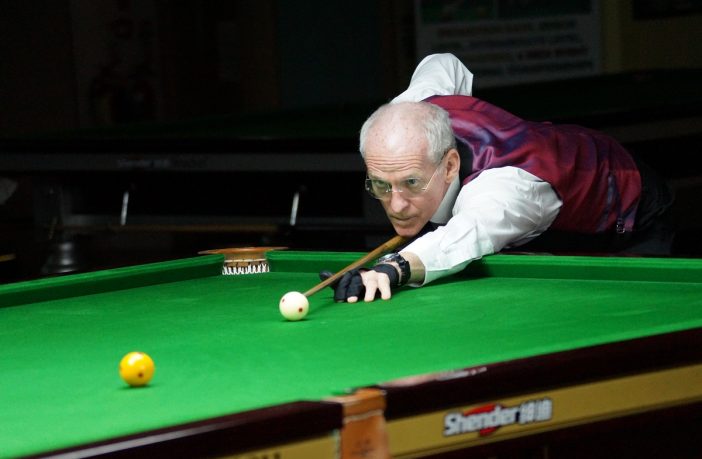 10 players entered and the format was 400up with a time limit of 90 minutes. As there was only 10 participants the draw provided two pre quaters  and three straight quater finals. Aonghus McAnally went straight into the semi-finals as he got a walkover from Lloyd Myers due to other commitments.

Aidan Murray made it to the final with wins over John Kehoe and Larry Drennan without playing his best but scored early on and holding on to a lead to do just enough.  His opponent in the final would come as no surprise as Dun Laoighaire dangerman Wayne Doyle played solid billiards making short work of Jason Dowling on a scoreline of 400 – 87 with breaks of 77, 57 and 55. Aonghus McAnally gave Wayne a tougher game and gave him a good run for his money but Wayne always seemed to have enough in the tank and duly won by 41 points to book another final meeting with Aidan.

n the final both players didn’t hit top form with very little breaks coming either way but Aidan scored heavily early on and it made the difference despite the fact he never hit top gear where the same happened to Wayne who didn’t have one of his best games in recent times as Aidan never gave him a chance to recover and ran out the winner on a scoreline of 301 – 221.

Thanks to Tournament Director John Kehoe on running the event, Marian Leacy and Ivy Rooms for hosting the event

The next Senior Billiards Ranking Event of the season will take place again in Ivy Rooms Snooker Club in Carlow on Sunday 8th March. If you wish to enter call or text John Kehoe on 087 7773649.