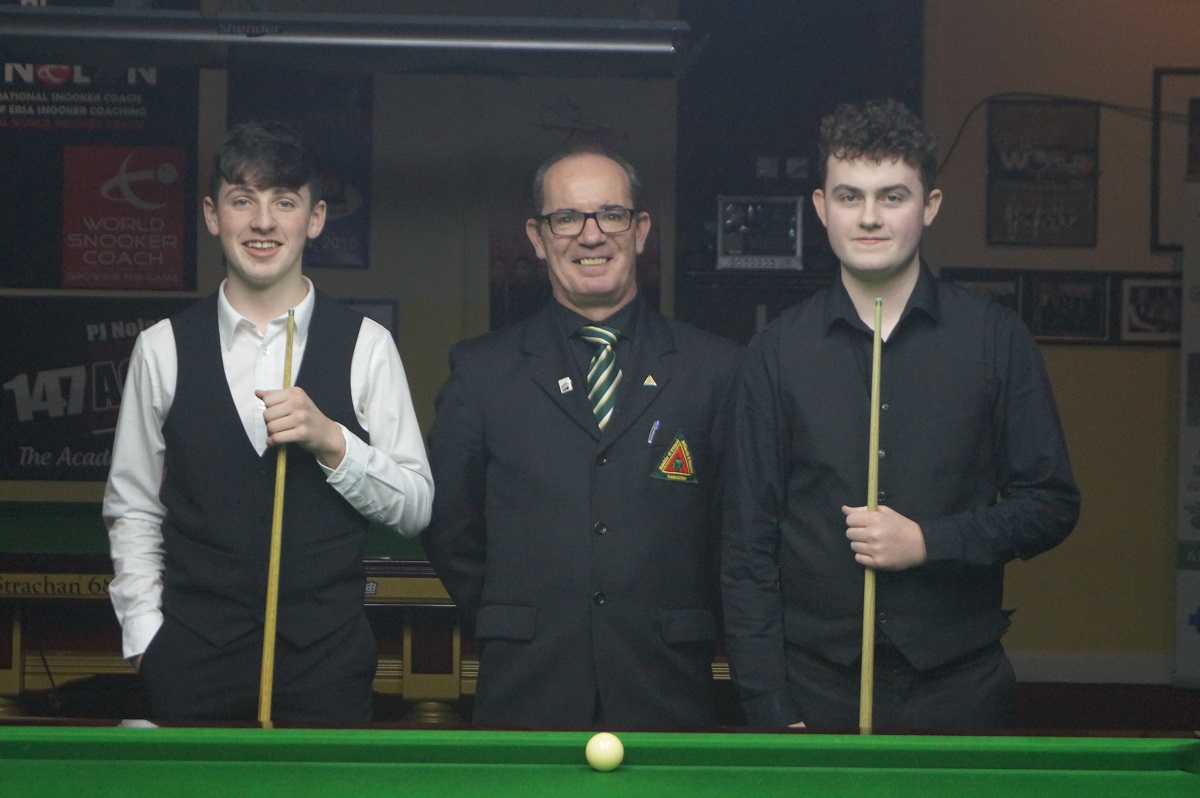 Noel Gleeson from Nenagh won the first RIBSA / IBSF Under 18 National Snooker Ranking of the season in the Ivy Rooms Snooker Club, Carlow on Saturday the 8th of February.

In the final Noel Gleeson played Ryan McGuirk in a superb final to win the title and go number 1 on the IBSF Rankings ahead of the World Junior Under 18 Championships which will be held in Russia later in the year. Lewis Casserly from R&R SC won the plate event on the day with a 2 frames to nil victory over Jack Newman from Fermoy CYMS in the final. In the semi finals Lewis beat Ronan McGuirk while Jack beat Aaron Smith in the other Semi.

We look forward to seeing everyone at Event 2. Players will have to first pay their membership and register for the season. When they register, they will be asked to create a username and password before they will be allowed to enter an event. Any issues with entering they should email info@ribsa.ie.

Players will have to first pay their yearly membership and register for the season. When they register, they will be asked to create a password before they will be allowed to enter an event. Only then will players be able to enter a RIBSA Tournament.

The Juniors entry fee will be €11.00 plus Reg. Trophies will be awarded to the winner and runner up of plate event.

It promises to be an exciting year for our young talented players looking to qualify for the World IBSF Under 18 Snooker Championships later in the year.

We look forward to seeing everyone again this coming season and PJ Nolan will be TD on the day. The Republic of Ireland Billiards & Snooker Association have announced qualification for the 2020 IBSF World Under 18 Championships.

The entry fee is €11.00 plus Reg. Trophies will be awarded to the plate winner and runner up of the three events and a prize fund will be awarded for the International events.

This structure will be organised by our National Coach PJ Nolan who will be the Tournament Director.  This Qualification will run from February to May to qualify players for the IBSF Championships.