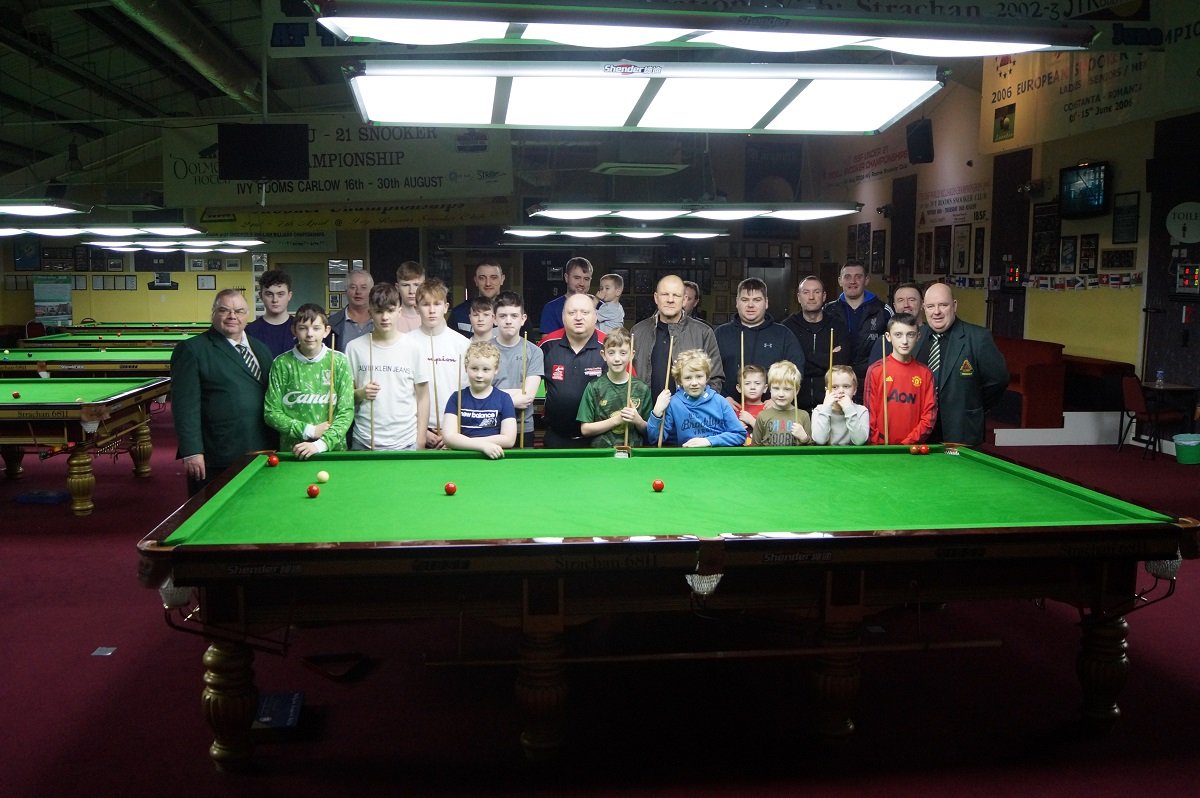 The Republic of Ireland Billiards & Snooker Association (RIBSA) held their 9th National Junior Snooker Developmental Day on Sunday the 29th of December in the Ivy Rooms Snooker Club in Carlow from 11am to 4pm.

PLAYERS FROM ALL AROUND IRELAND

Players from Dublin, Galway, Waterford, Offaly and Meath attended with ages from 4yrs to 16yrs of age . All juniors were invited to attend the day with our Irish National Coach PJ Nolan and his team of RIBSA Coaches Ger Murray and Declan Quinn to learn some skills of the game about the Stance, Grip, Cue Action, Cue Ball Control and Basic Potting Skills. RIBSA President Jim Leacy welcomed all the players and he was delighted to see so many young talented players wanting to start out on their journey of playing snooker and maybe some of them will develop into RIBSA International stars of the future.

The day began with the players playing some snooker routines with PJ and the RIBSA coaches giving some tips and advice to the players. The players were then shown how to control the cue ball and then try some more practice routines. Mini tournaments were held on the day with a re-spotted black tournament, First Red Tournament, Long Potting Tournament and Tactical Matches held with the players.

It was 8 year old stars Luke Conway and Adam Wynne who won the challenges. Ger Murray presented both players with their winning medals.

RIBSA would like to thank all the young players, parents for attending and to their clubs for promoting the day in helping grow the game in Ireland. The cost to each player was €5.00.