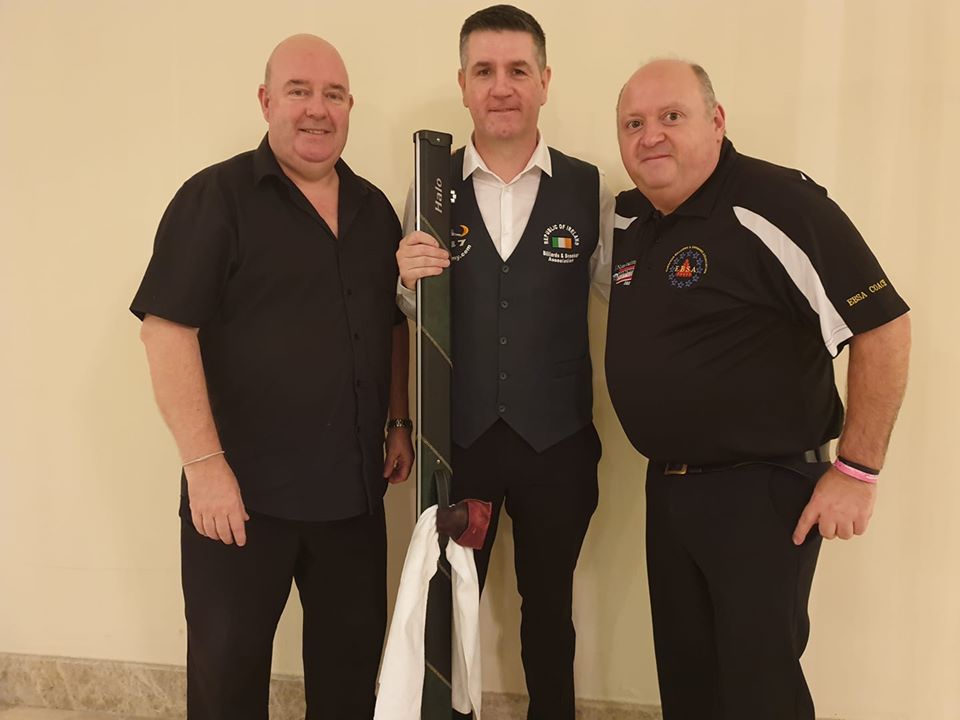 Mark started poorly in his Q-Final today against Alok Kumar from India as his opponent won the two opening frames to lead 0-2 but back fought the former European Champion to level the match at 2-2.

He then built up a good lead in the fifth frame only to see his Indian opponent clear up to steal it on the black. Mark never got going in the next and lost the match 2 frames to 4. RIBSA congratulate all the RIBSA players on their performances in this years IBSF World Championships in Turkey. Well done lads!!! Click Full information on the Men’s, Ladies and Masters Championships. Click below on the Irish players name for all his groups match results You can follow all the latest news on the www.ibsf.info web site   Come On Team Ireland !!!!!!

All Masters Qualify in Style on Day 5