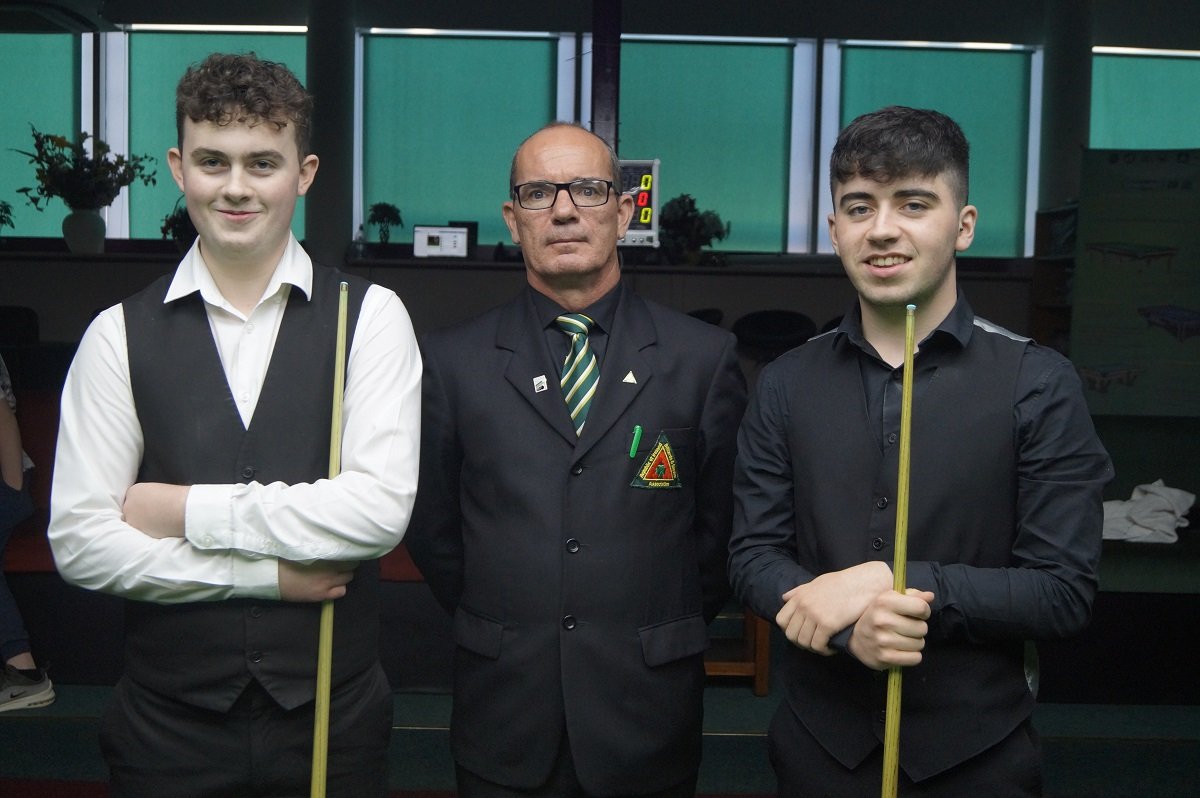 Ryan McGuirk from R&R SC won the second RIBSA Under 21 Snooker Ranking of the season in the Ivy Rooms SC Carlow on Saturday the 26th of October. It was a fantastic day of junior snooker with all players in fine form in trying to qualify for the 2020 EBSA Under 21 Championship in Portugal.

In the final Ryan beat Mark Gleeson from Nenagh in a superb final 3 frames to 1 which was referred by Conor Doyle. Highest Break of the day went to Jack Newman with a 77 Break. In the Semi Finals

The Plate Final was between Aaron Smith and Lewis Casserly after both qualified and it was Lewis who won the final 2 frames to 1. RIBSA would like to thank Ivy Rooms Snooker Club for hosting the competition and thank Conor Doyle for being the Referee on the day. RIBSA are looking forward to seeing everyone at the final EBSA U-21 event on the 8th of December.

The entry fee will be €10.00 plus Reg. This can be paid on the day. Trophies will be awarded to the winner and runner up of the three events plus in the plate.

It promises to more another exciting year of Irish junior snooker with so many young talented players looking to qualify for this major International Event in Portugal.

You must text your entry to RIBSA on 085 2428701. This is a text number only and you must include your name, club and name of the event you wish to enter. We look forward to seeing everyone again this coming season and PJ Nolan will be TD on the day.