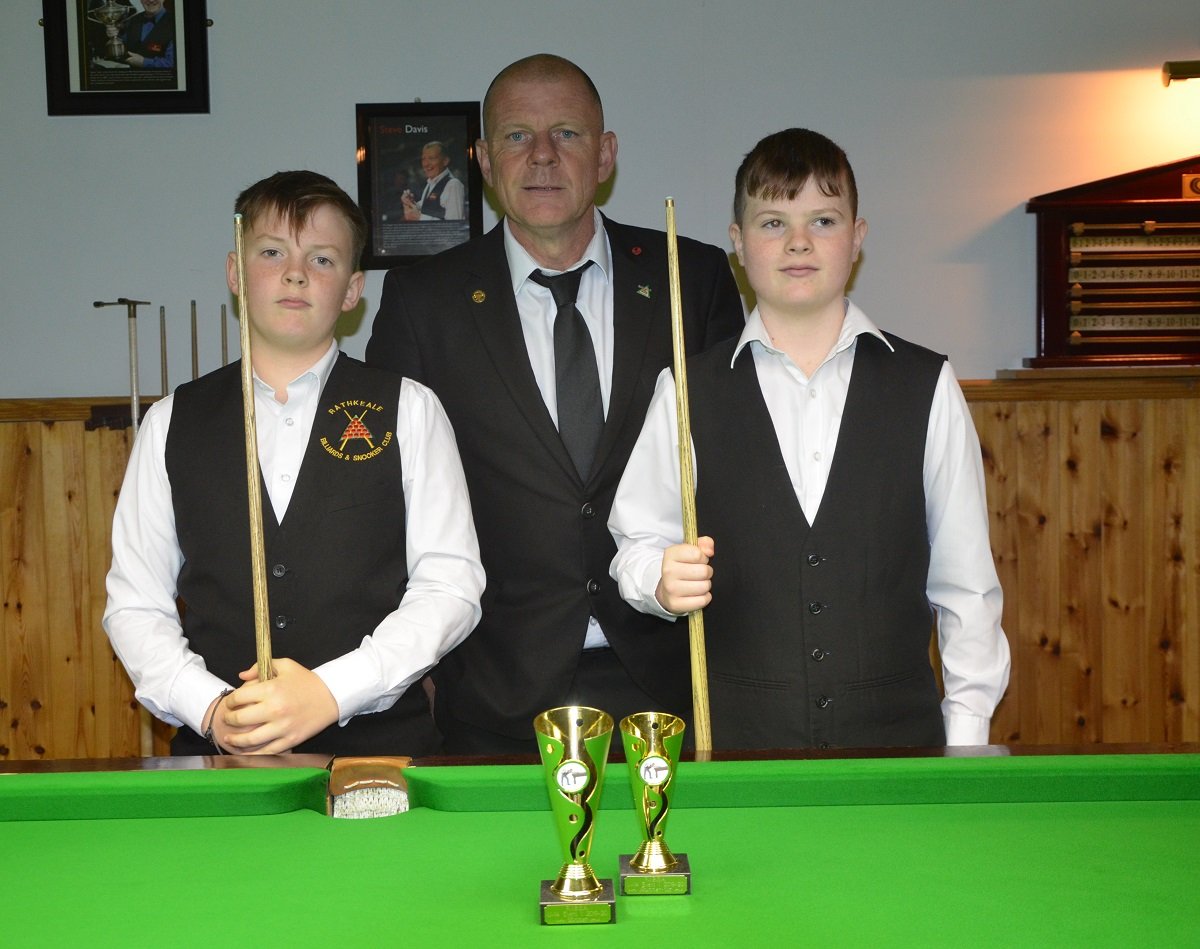 Ronan McGuirk won the first RIBSA Under 14 Snooker Ranking of the season in Newbridge CYMS on Saturday the 5th of October. It promises to be another exciting year with all the young players trying to qualify for the Celtic Challenge International Junior Team.

Stars of the future Ronan McGuirk from R&R SC, David Farrelly from Celbridge SC, Jack O Brien from Rathkeale SC and Jude White from the Hawks Nest SC qualified for the Semi-Finals round. In the first Semi Final Ronan McGuirk beat David Farrelly 3-2 in a very close match both players played well on the day. In the other semi-final, it was Jack o Brien who beat Jude White 3-0 in another excellent match.

In the Final Ronan McGuirk beat the reigning National Under 12 Champion Jack O Brien 3 frames to nil to take the title. Both players played well in each frame. Good long potting from both boys but it was to be Ronan who would triumph on the day. In the Plate Final it was David Farrelly who beat Jude White 2-0 in a great match. It was David who took the first frame after a close frame and in the second frame, it went to a re-spot black and David came out on top to win.

RIBSA would like to thank Newbridge CYMS Snooker Club on the day for hosting the competition and thank Declan Quinn for being TD and Ref on the day looking forward to the next event soon.

PLEASE NOTE (players must be under 14 on 31st December) Players should be less than 14 years old on the 31st December 2019. Players born in 2006 and after are eligible.

The Republic of Ireland Billiards & Snooker Association have announced qualification for the 2020 Celtic Challenge Teams. RIBSA will hold three International Ranking tournaments plus a U-14 National Championship.

The RIBSA U-14 events will be the best of 5 frames including the final. A plate event will be also held for first round losers on the day.

This structure will be organised by our National Coach PJ Nolan. This Qualification will run to May to qualify players for the Celtic Challenge.

U-14 National Champion plus Top five players from National U-14 end of season Rankings..