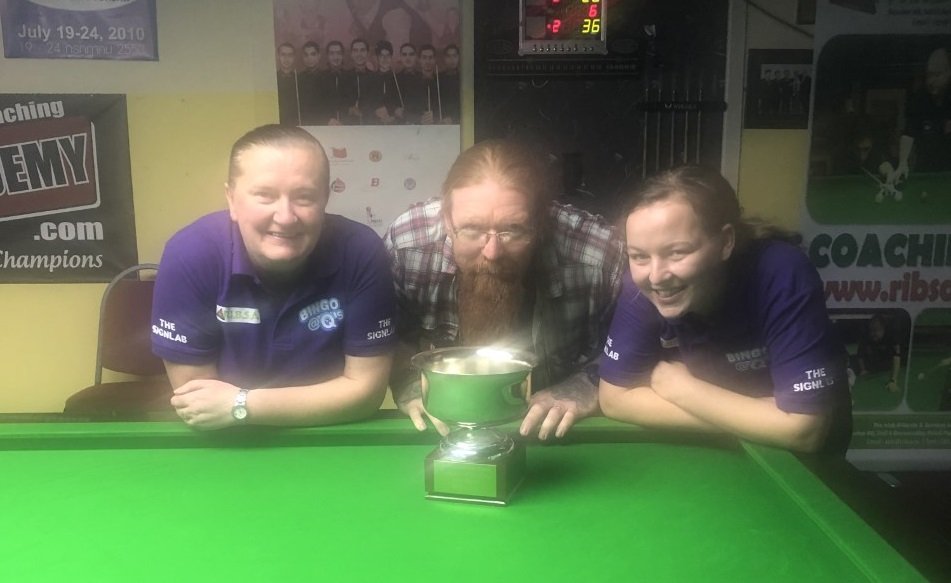 The RIBSA Ladies National 6 reds Championships took place at the Ivy rooms Carlow on Sunday 31st March.  Michelle Sherwin was the first to qualify for the final from the round robin stages.

The other place in the final was decided in the last round robin match between Tanya O’Neill and Leah Brady. Tanya had a 1 frame advantage over Leah going into the match, but Leah hit a really good purple patch in the match and pot some fantastic balls to win the first 2 frames.  Leah had an incredible clearance on the colours to the black to win the 3rd frame also, and book her place alongside Michelle in the final.

Michelle won the first frame comfortably; Leah was ahead throughout the 2nd frame until the blue; but Michelle pot the blue to black to take a 2-0 lead.  The 3rd frame was also close; but Michelle eventually won it on the blue to win the match 3-0 and claim her 6th National 6 Red title.

Congratulations to Leah on reaching her 1st 6 red final and for playing so well on the day, making her return after been absent through illness the past few months.

Thanks to Tom Muldowney for all of his help and support on the day. Many thanks to Marian and all at the Ivy rooms for their wonderful hospitality on the day.