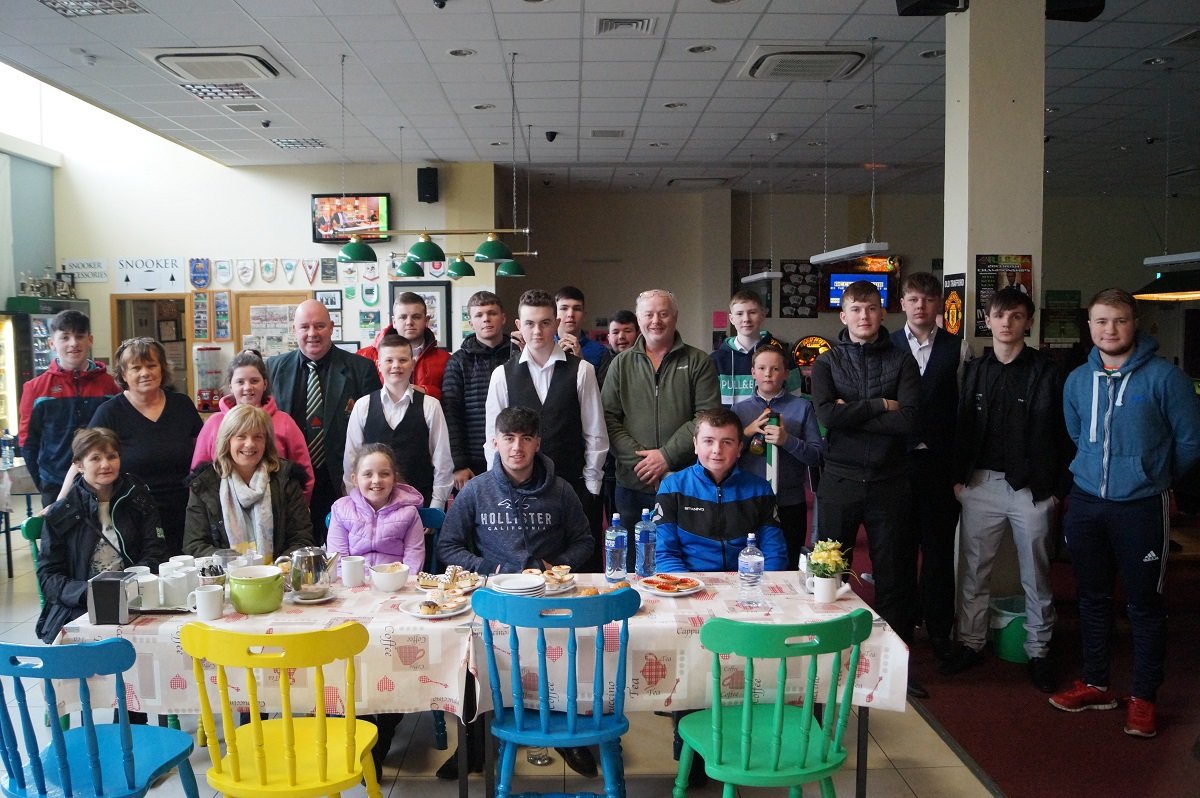 The Republic of Ireland Billiards & Snooker Association held very successful coffee mornings on Saturday & Sunday the 13th and 14th of April in the Ivy Rooms SC in Carlow from 10am-11am.

This Coffee morning was held on the weekend of National Under 18’s and Girls Under 14’s plus the National Under 21’s and Under 12’s Championships and Parents, Guardians, Club Owners / Managers, Players, Referees were invited to attend and discuss how to grow the game within Ireland.

This will be all passed on to the New Committee after this years AGM on the 11th of May. RIBSA Chairman Jim Leacy thanked all the parents for attending and for supporting their children in competing in RIBSA events throughout the season. He expressed a few points.

National Coach PJ Nolan said that we have had another amazing season on the table with results and achievements by all our Junior players on the International and National stage despite the low numbers in some events.

PJ and RIBSA hope that the new season will attract new players if we keep on promoting the game within RIBSA and in our Clubs and Regions. RIBSA will hold their 8th National Junior Snooker Developmental Day on Saturday the 15th of June in the Ivy Rooms Snooker Club in Carlow from 11am to 4pm.

RIBSA have held Junior Developmental days to encourage new juniors to play our beautiful sport. In the past players from all across Ireland have attended and this upcoming day promises to be another great day. Full details are on our web site.

RIBSA thanked Marian and the Ivy Rooms SC for hosting the Coffee mornings and thanked everyone for their vital feedback on improving the junior game and Irish Snooker.