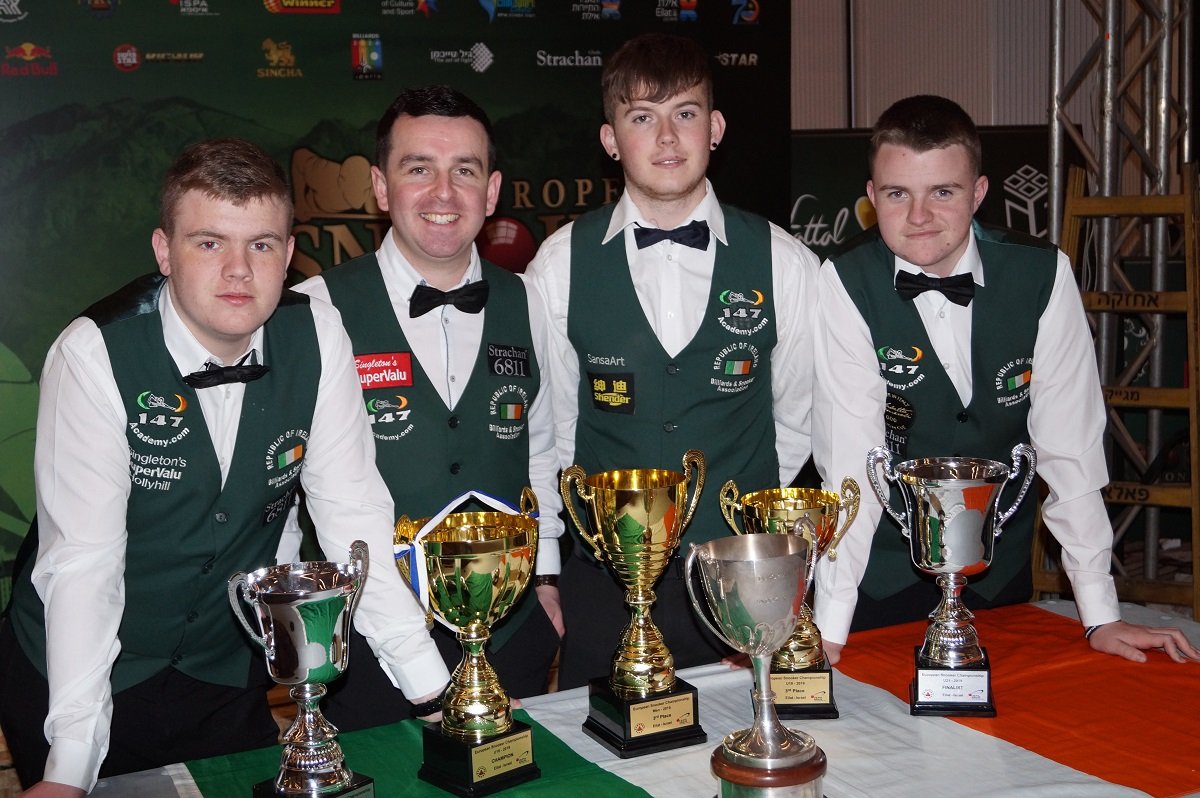 The Republic of Ireland Billiards & Snooker Association would like to congratulate our players on an incredible Championship last week in the 2019 Under 18 & Under 21 & Men’s EBSA European Snooker Championships in Eliat, Israel. 17 year old Aaron Hill from Ireland won the EBSA European Under 18 Championship final against Dylan Emery from Wales 4-3 in a superb final. Ross Bulman from Ireland also reached the semi-finals. In the Men’s Championship it was Kasper Filipiak from Poland who won the title in a dramatic final but Greg Casey from Ireland reached the semi-finals.

In the Israel Open it was David Lilley from England who took the title but Noel Landers from Ireland reached the semi-final to make it make it 6 incredible semi-finalists or better performances in the EBSA events in Israel. It was an incredible week for Irish Snooker with Aaron Hill winning the Under 18 title, Ross Bulman reaching the U-21 Final, plus 4 big semi-final places this along with our juniors Noel Gleeson, Mark Gleeson and Ryan McGuirk who were fantastic and Senior players Jason Devaney, Noel Landers and James Fennessy got vital experience so the future looks good for Irish Snooker. 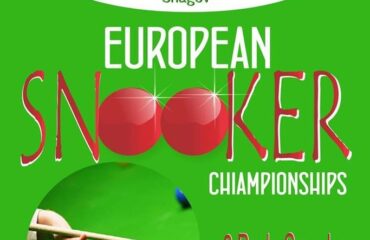 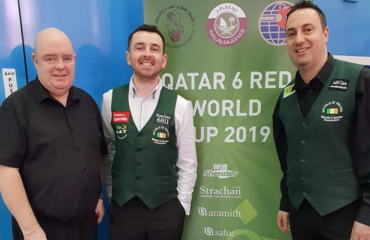 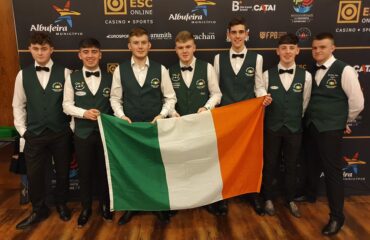