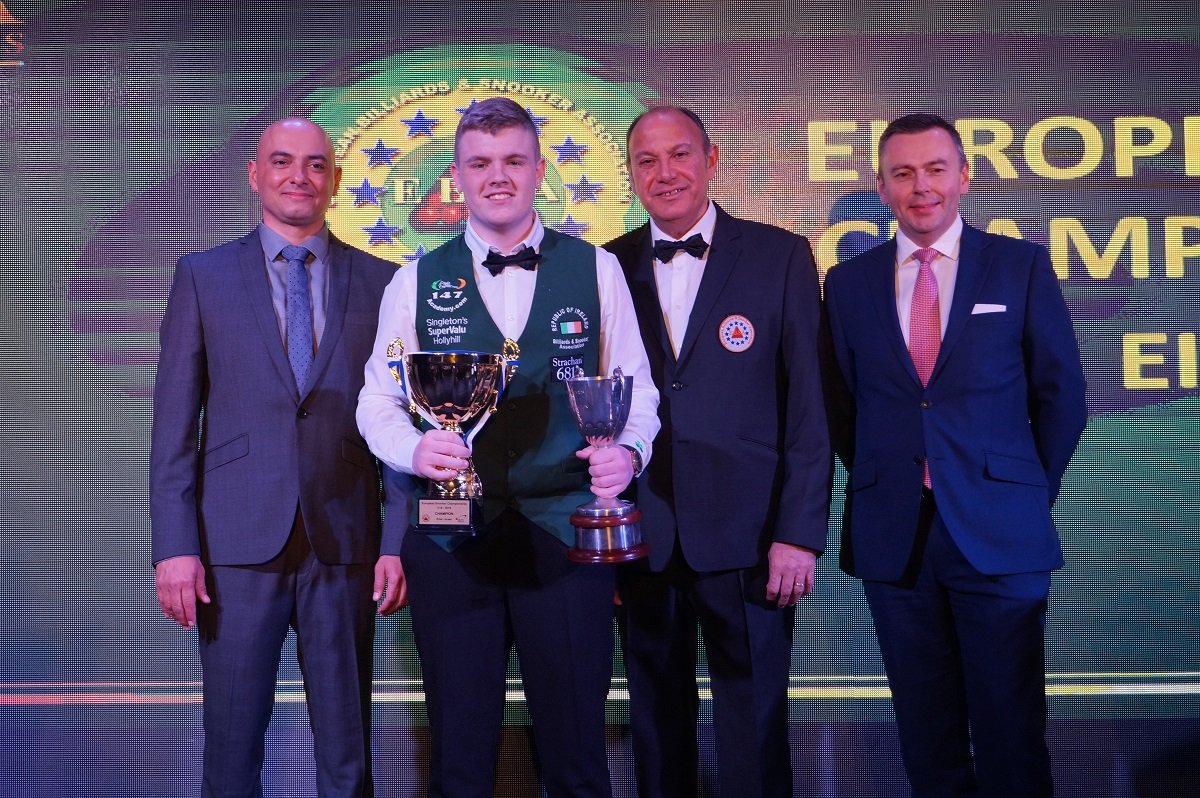 Ireland’s Aaron Hill was crowned the 2019 Under 18 EBSA Snooker Champion in the U Magic Palace Hotel in Eliat Israel tonight.

Aaron received his Perpetual Cup and Trophy from Maxime Cassis EBSA Chairman and Jason Ferguson WPBSA Chairman at the Closing ceremony tonight in front of a full arena. Last Wednesday Aaron beat Dylan Emery from Wales 4 frames to 3 in a superb match to lift his first Major International Title. In the final Dylan won the opening frame with a 54 break and Aaron levelled at 1-1 but his welsh opponent came back to win the next to go 2-1 with the help of a 59 breakup, Aaron then levelled at 2-2 with a 59 break and then won the fifth frame with 50 break a to go 3-2 up, back came Dylan to level the match but the Irishman got in first with a frame winning break of 84 to win his first International title.

Earlier in the day in the semi-final Aaron beat Florian Nüßle from Austria 4 frames to 2 but Ross Bulman was beaten by Dylan Emery from Wales 0 – 4 in the other semi-final. The Republic of Ireland Billiards & Snooker Association would like to congratulate Aaron on his success and to all our juniors on a fine display in this years Under 18 Championship.

It was an incredible week for Irish Junior Snooker with Aaron winning the Under 18 title, Ross reached the U-18 semi final, Ross also made the Under 21 final and Aaron made the U-21 semi final plus Noel Gleeson, Mark Gleeson,  Noel Landers and Ryan McGuirk were fantastic and the future looks good for Irish Snooker. Our National Coach PJ Nolan said all six were superb and we are delighted to have another European Champion in Ireland and we are looking forward to the home coming next week but we are now focusing on the Men’s Championships. 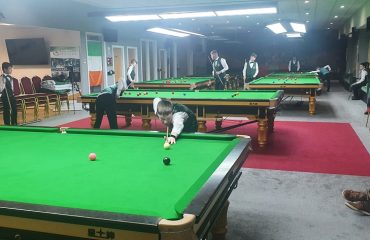