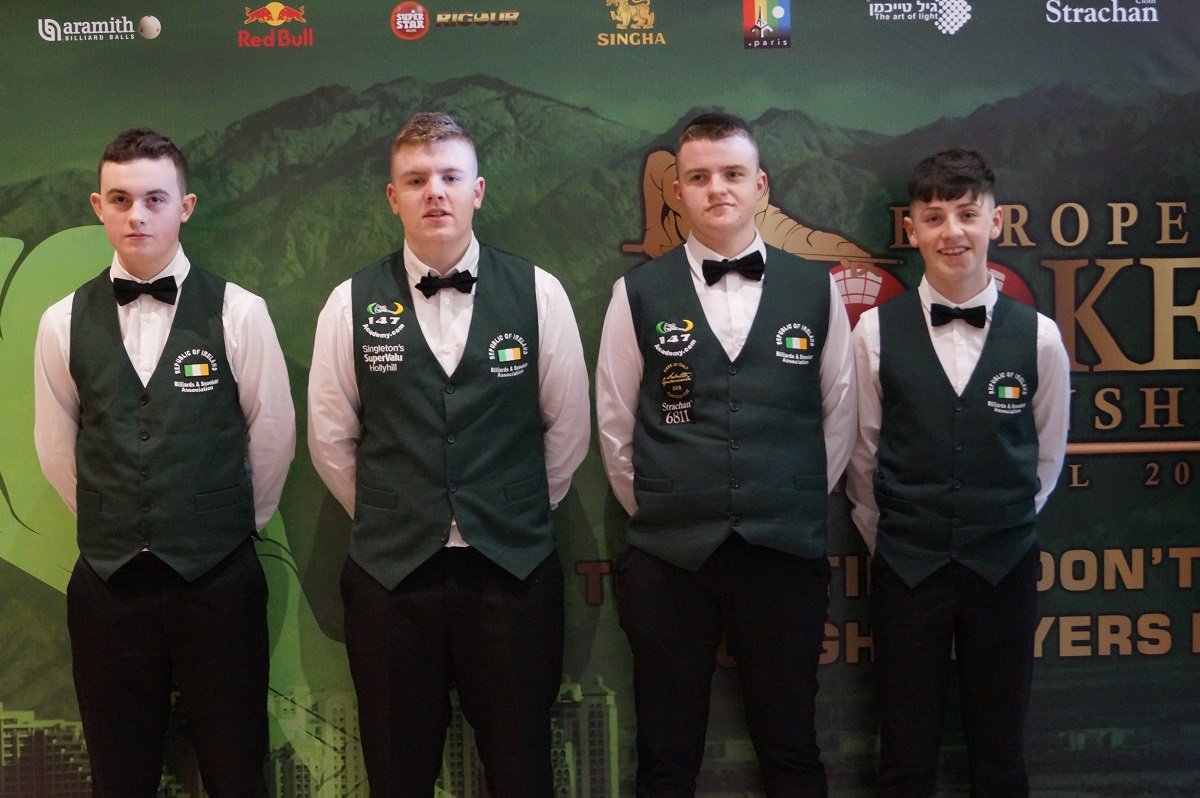 The second day of the 2019 Under 18 EBSA Snooker Championships saw all the group matches finish and the last 32 and last 16 was played today in the U Magic Palace Hotel in Eliat Israel.

It was again a great day of results for our Irish Stars with Ross Bulman, Aaron Hill, Noel Gleeson all qualifying from their groups with great snooker but Ryan McGuirk was unlucky in his group narrowly missing out despite winning his last group match today.

Ross Bulman was seeded into the last 16 and a top seed after not losing a frame, he was joined by Aaron Hill who finished second in his group and Noel Gleeson who is playing in his first big International but the Nenagh man won his group and joined the others in the last 32. The Q-Finals will be played later tonight @ 8pm local time. CLICK to follow all the Live Scoring, Live Streaming, Groups, High Breaks, Match Times and Results in the Under 18 Championships

RIBSA would like to wish all the RIBSA players good luck in all the European Championships in Israel. 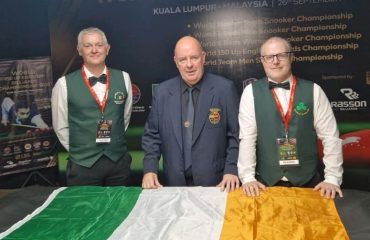