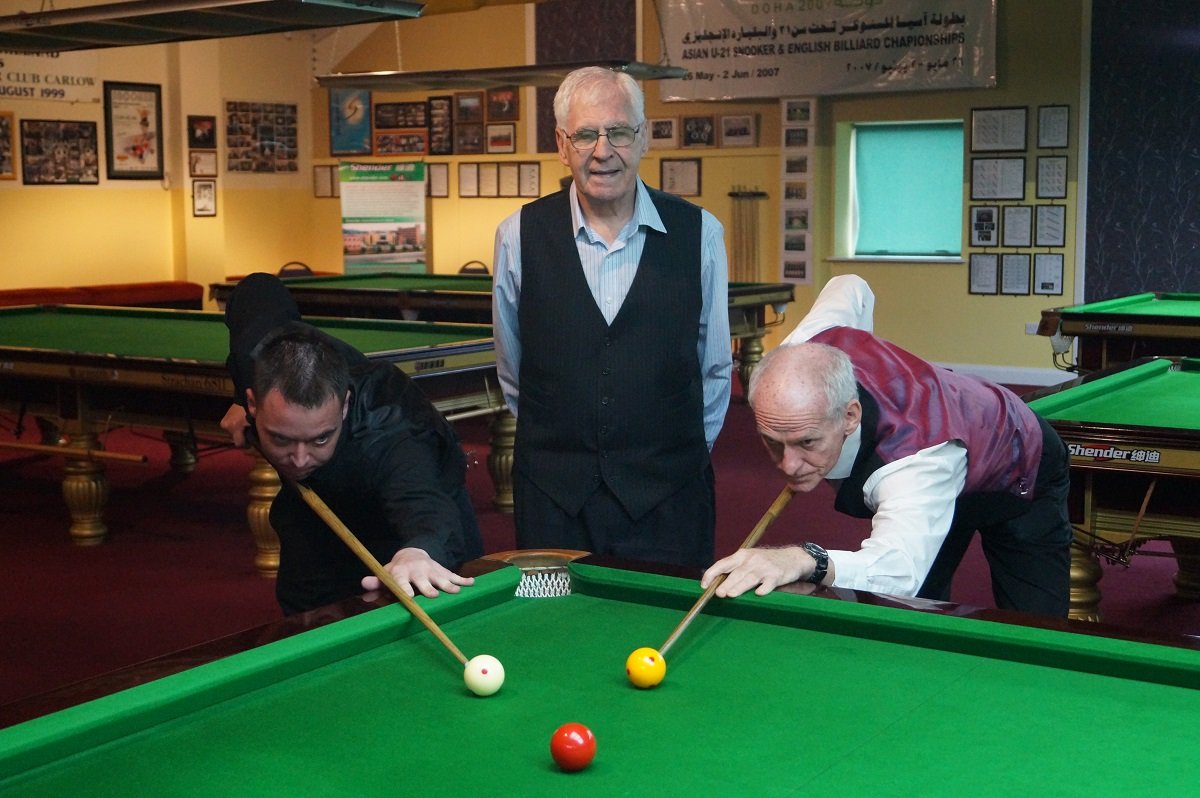 The fifth tournament of the Senior Billiards series was played at Celbridge Snooker Club on Sunday, 3rd of February 2019, the format being 400up with a 90 minute time limit. Wayne Doyle, having swept through his early rounds with apparent ease, finishing each match in style with 100+ unfinished breaks, proceeded to take the season’s fifth tournament by surviving a close nervous battle with current double champion Aidan Murray.

The semi finalists in the top half of the draw were Aidan Murray (Ivy Rooms) and Eugene Hughes (Baltinglass), Aidan having got the better of Brendan Devlin (Celbridge) in a closely contested quarter final, while Eugene, by contrast, came through his quarter final against Lloyd Myers (AOH Cork), taking the game by almost double scores. From the start of the semi final, Aidan took command, scoring the more heavily of the two, including three 50+ breaks, finishing well ahead of Eugene to claim his place in the Final.

The semi finalists in the bottom half of the draw were Wayne Doyle (Dun Laoghaire) and Robert McCrum (Portmarnock), Wayne having earned his place in the semi final when he won his quarter final against Joe Doheny (Borris-in-Ossory) by coming from behind to take the match with a magnificent unfinished break of 137, while Robert had a good quarter final win over Ross Doyle (Dun Laoghaire). At about the half way point in the semi final, Wayne edged ahead and then, playing like a champion, knocked in the highest break of the day, a magnificent unfinished 150 to secure his place in the Final.

In the final, Wayne was first to show, amassing an early lead with a useful 69 break. Aidan’s response was immediate and effective, reducing this early deficit with a break of 64. As the game progressed there was not much difference in scores as first one player, then the other, took a slender lead. This was how it continued throughout the Final, neither player hitting the sort of form needed to amass any sort of advantage. With a margin of 20 points, and well short of the points-up target of 400, it was a relieved Wayne who gratefully accepted victory in the fifth tournament of the season.

The next Senior Billiards round of the season takes place at Celbridge Snooker Club on Sunday, 3rd March 2019. The format will be seeded draw, 90 minute timed. Entries before 1.00pm on Friday 1st March.

Our thanks are due to Phil Martin for the excellent playing facilities and to the staff at Celbridge Snooker Club for their help on the day.