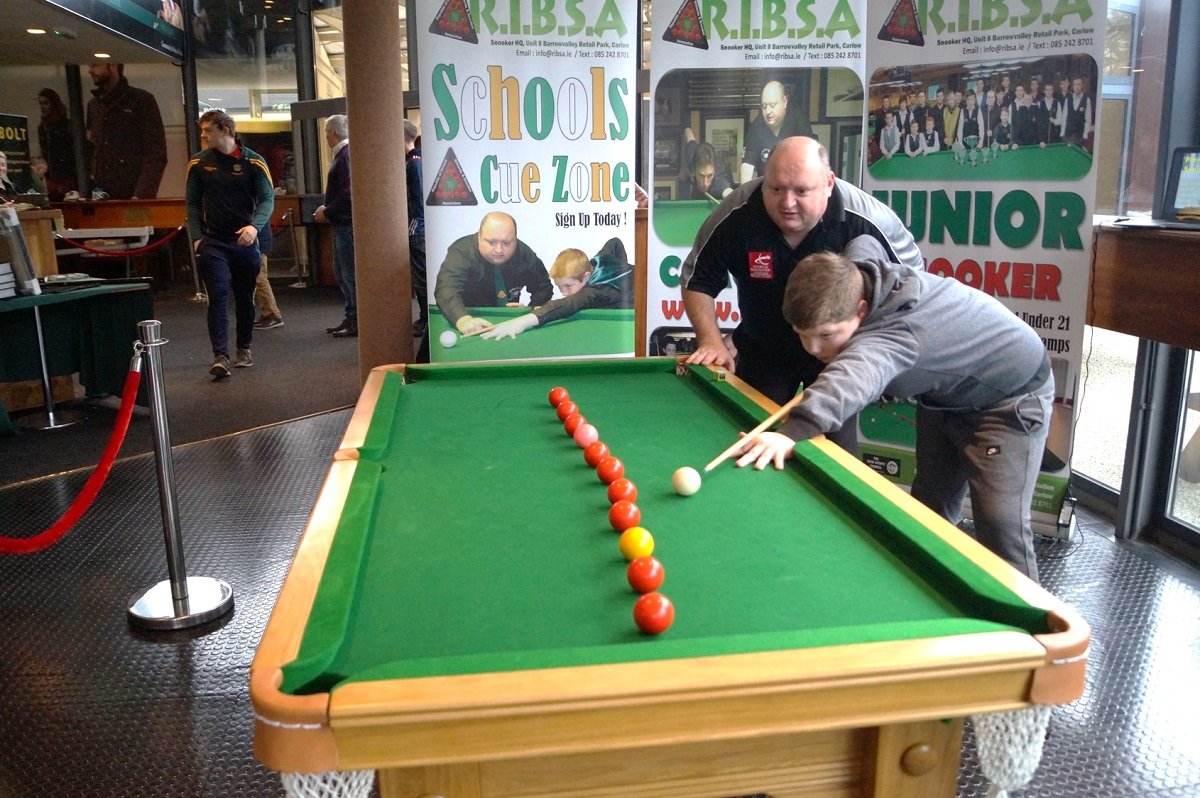 The Republic of Ireland Billiards & Snooker Association (RIBSA) held a very successful Cue Zone with our RIBSA National Coach PJ Nolan at the Seniors Irish Masters on Saturday & Sunday the 5th and 6th of January. The Cue Zone was held in the most famous venue of them all and many call it the home of Irish Snooker, Goffs in Co. Kildare.

Many juniors who have never played before were joined by experienced juniors and senior players in learning the some skills of the game from PJ. Players played a number of different drills and some played mini games. Players have fun and enjoying playing our beautiful game on a mini table was the main objective in holding our cue zone. The event was a great promotion for RIBSA with so many people attending the event that was won by Jimmy White after he beat our own Rodney Goggins who beat two former World Champions Ken Doherty and Joe Johnson on his incredible run to the final.

A table with promotion booklets and posters were on show in the venue displaying events and who RIBSA are and what we do. Professional player Fergal O Brien, Irish Champion Brendan O Donoghue and Irish Masters finalist Rodney Goggins were around the cue zone passing on encouragement which was great to see the famous players interested in our cue zone. Along with the RIBSA Cue Zone table there was also a QBoard which is a one pocket practice table which works on getting a player to come in on line to pot a long straight red.

A very competitive competition was held throughout the weekend and the standard was very high and some of the top scores were achieved were young Irish U-14 player Alex Currid from Wexford who potted 35 balls in a row.

The current World Seniors Champion Aaron Canavan from Jersey potted 50 balls in a row to finish 2nd but it was Stephen Bateman from Kilkenny who is current Irish National U-21 Champion potted 51 connective balls to win the overall competition. RIBSA have now purchased this Qtable and will be available for our schools program, training camps and developmental days. PJ Nolan said it is a brilliant training aid that can be pushed up against a wall and it allows the players to work on their approach, cue action and learn to improve their potting skills. RIBSA would like to thank everyone who attended the cue zone and Jason Francis for holding the event in Goffs. The final was televised live on Eir sport which is great for promotion for our game and that will help grow the game with such a prestigious event in Ireland and long may it continue. 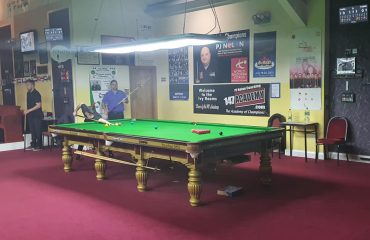 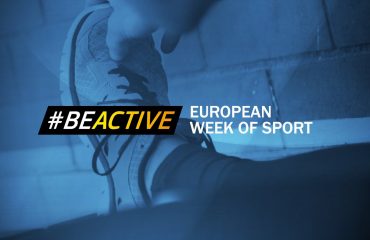 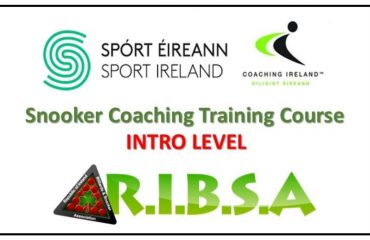