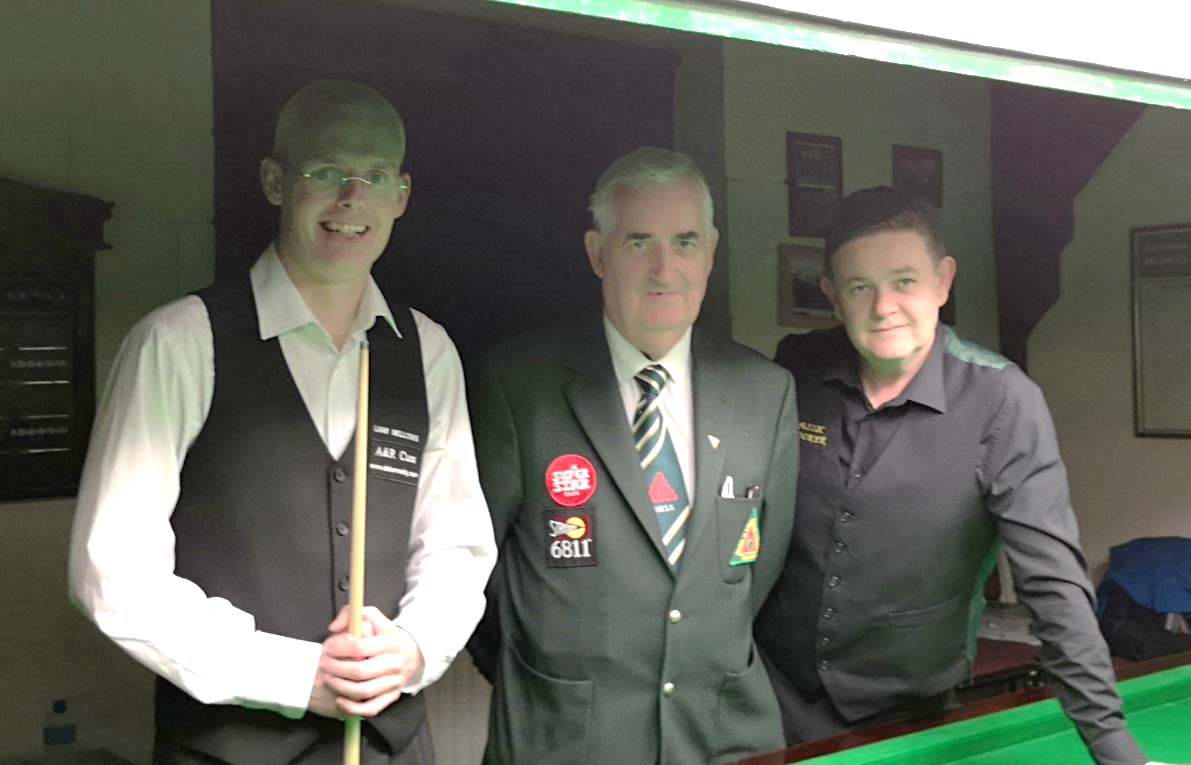 Rodney Goggins from Wexford won the Republic of Ireland Billiards & Snooker Association Top 16 RIBSA playoff on December 1st in Roadstone SC in Dublin. In the final Rodney beat Joe Delaney from The Classic SC in Dublin.  Rodney now receives a place at the Irish Masters in Goffs against one of the legends of the game ireland’s Ken Doherty on January 5th 2019. Jason Francis has made a special offer to all RIBSA Members of 1 gala dinner ticket with all the legends on Friday 4th Jan at the Osprey in Naas plus a ticket to all 4 sessions for only €99 euro If booked direct only  via jason@snookerlegends.co.uk

The Play Off Details

After the third RIBSA Masters ranking event the top 16 ranked players will ‘Dare to Dream’ and play in one of the most famous snooker venues in the world. The Entry fee is €20.00 and RIBSA would like to wish all the players good luck and thank Jason Francis and the World Senior Tour for the place at Goffs.