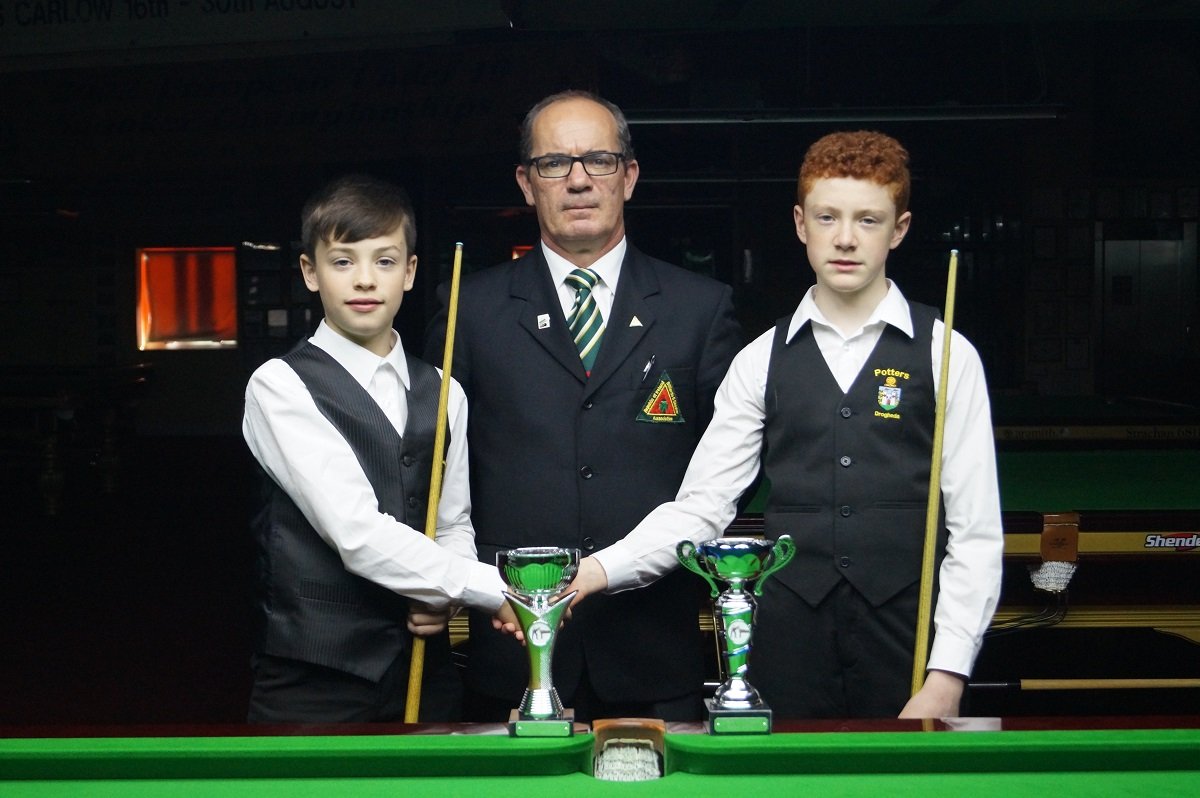 12 year old Leone Crowley from Shooters SC won the first RIBSA Under 14 and Snooker Ranking event of the season in the Ivy Rooms Snooker Club, Carlow on Saturday 20th of October.

Fantastic snooker was played in both semi finals with Aaron Smith playing Adam Quinn from Edenderry SC and Leone Crowley playing Oisin Bateman from Kilkenny Shed. In the end of play it was victories for Aaron and Leone winning and the High Break on the day was a 42 by Aaron Smith from Potters SC Finally a big thank you to the Ivy Rooms SC for hosting the top class day of Junior snooker and to Referee Conor Doyle for being in charge all day.

We look forward to seeing everyone again on the 16th of November for event 2.

It promises to more another exciting year of junior snooker with so many young talented Junior players looking to qualify for the Celtic Challenge, Home Internationals and World U-16’s. O

RIBSA will hold three International Ranking tournaments plus a National Championship in both age groups.

This structure will be organised by our National Coach PJ Nolan who will be the Tournament Director.  This Qualification will run from October to May to qualify players for the Home Internationals and Celtic Challenge.

U-14 National Champion plus