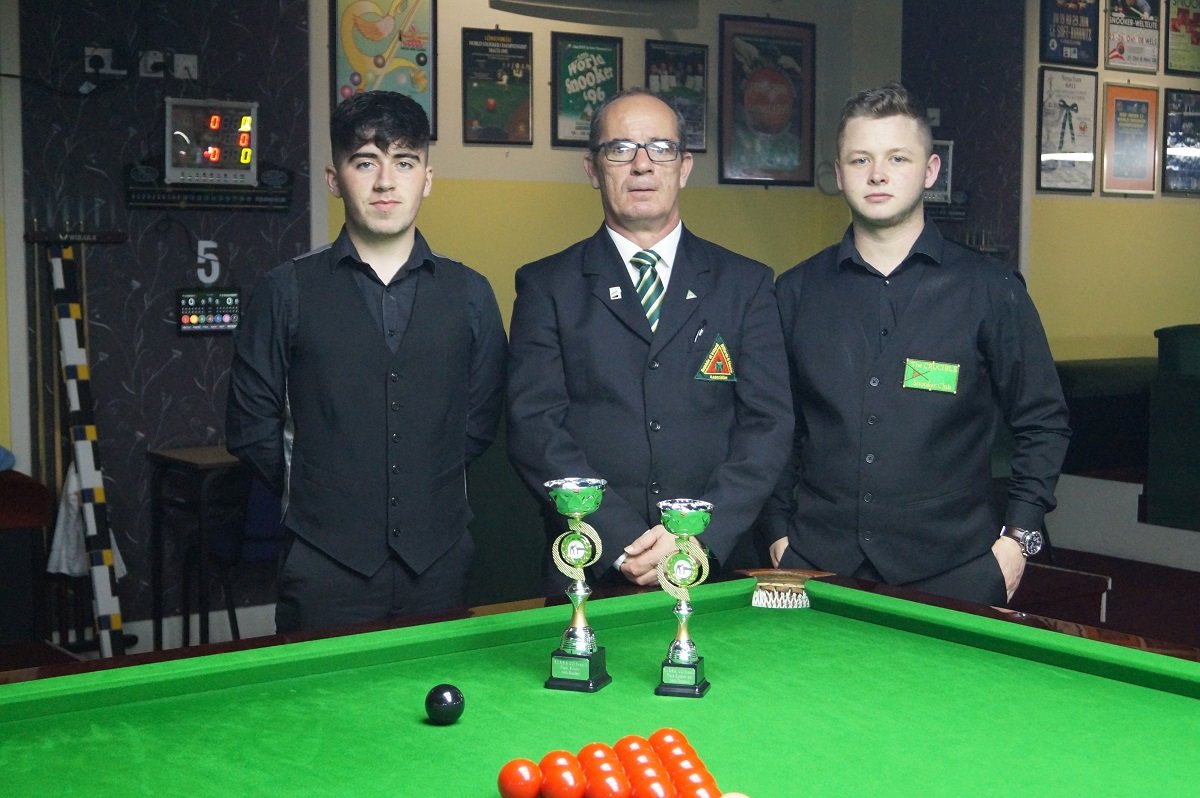 Mark Gleeson from Nenagh won the plate event at the second RIBSA under 21 Snooker Ranking event of the season in the Ivy Rooms Snooker Club, Carlow on Sunday the 14th of October.

in the final Mark Gleeson from Nenagh beat Dylan O Shaughnessy from the Crucible SC 2 frames to nil in a great final.

If any player loses their first match at any U-21 event they can play in a plate event on the same day. In the Semi Finals today Mark Gleeson beat his brother Noel 2-0 while Dylan O Shaughnessy and Lewis Casserly faced each other in the other in the other semi and it was Dylan who won 2-1.

RIBSA would like to thank all the players and the Ivy Rooms SC for hosting the successful day of Junior Snooker and the action starts again at 10am for the Under 21’s tomorrow morning.