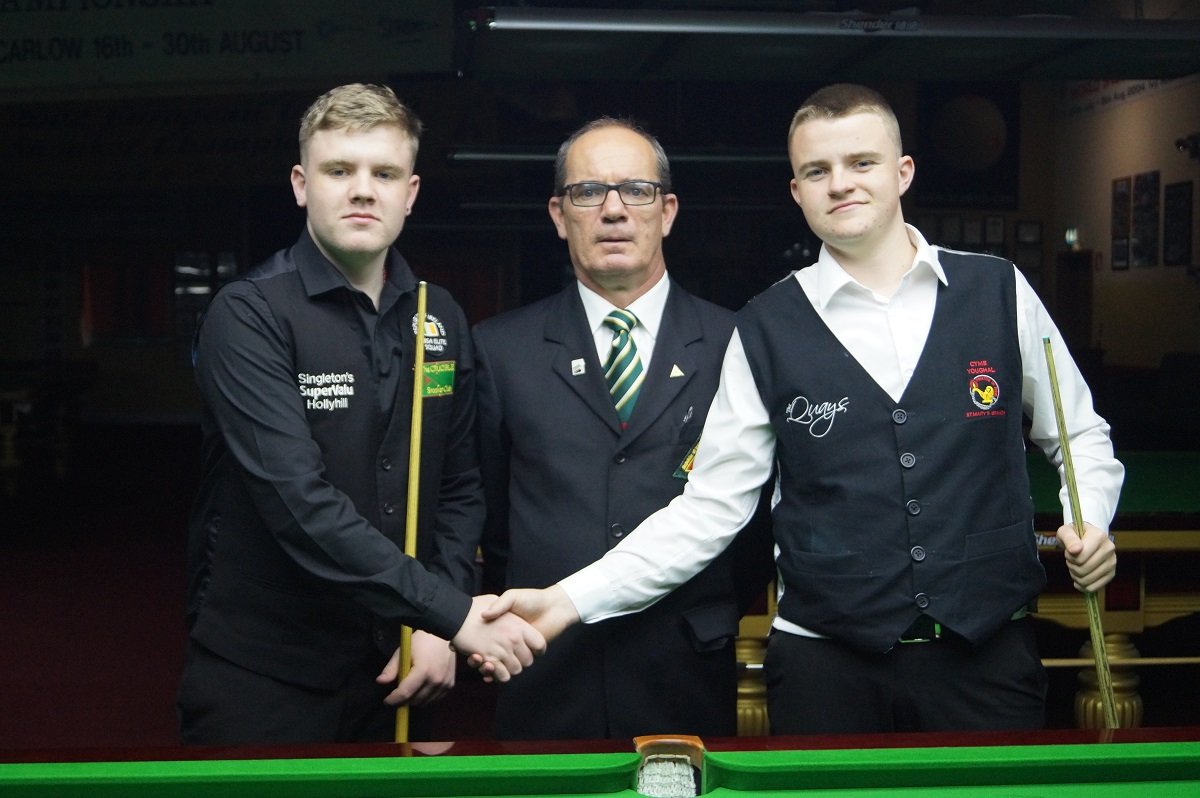 Ross Bulman from Youghal CYMS won the second RIBSA under 18 Snooker Ranking event of the season in the Ivy Rooms Snooker Club, Carlow on Saturday the 13th of October.

In the final Ross beat Aaron Hill from Crucible SC Cork in a fantastic final with two of the best juniors in the world but it was Ross who won the final 3-1 in a superb match which was refereed by Conor Doyle.

Aaron Hill had the high break on the day with 81 and 68, Ross Bulman had 64, 64 and 44, Ryan McGuirk had 58, and 56. National Coach PJ Nolan was the TD on the Day and he was delighted with the quality of snooker and the high breaks on the day.

Event 3 in December will be the final event to qualify the RIBSA players for the 2019 EBSA U-18 Championships in February.

RIBSA would like to thank all the young players and the Ivy Rooms SC for hosting the successful day of Junior Snooker and Referee Conor Doyle. The action starts again at 10am for the Under 21’s tomorrow morning.

PLEASE NOTE : Closing date for entry is the Friday before at 1pm. The Republic of Ireland Billiards & Snooker Association have announced qualification for the 2019 EBSA European Under 18 and Under 21 Championships which will be held in Israel in 2019.

This structure will be organised by our National Coach PJ Nolan who will be the Tournament Director.  This Qualification will run from September to December to qualify players for the EBSA Championships in Israel in early 2019.

Number 1 & 2 on Under 18 International Rankings

Additional players from U-18 Rankings 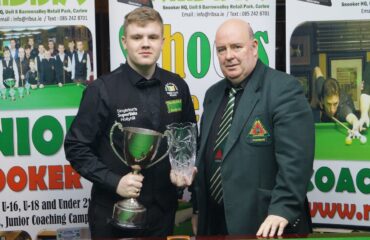