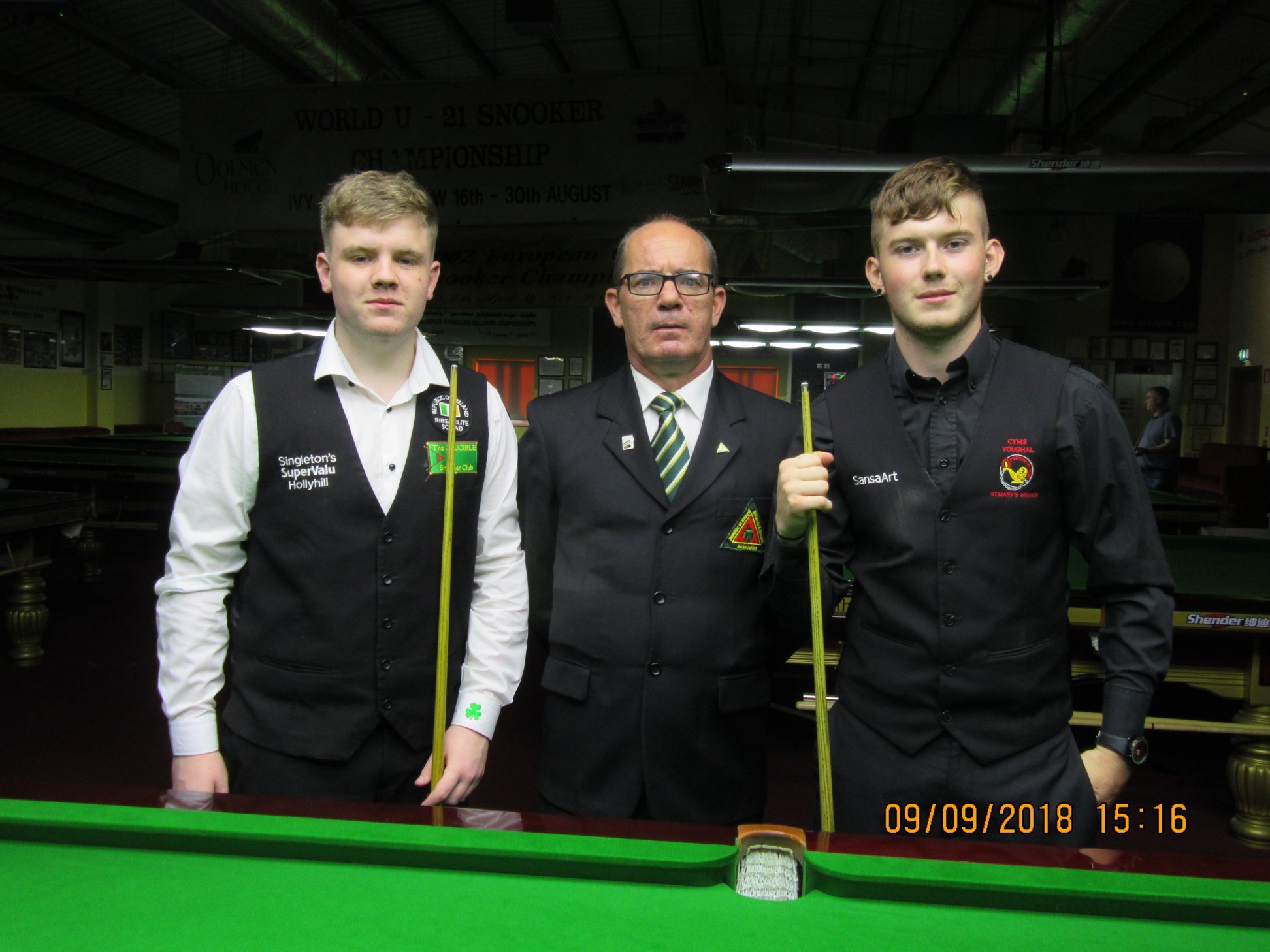 Noel Landers from Youghal CYMS in Cork won the first RIBSA Under 21 Snooker Ranking event of the season in the Ivy Rooms Snooker Club, Carlow on Sunday the 9th of September.

In the final Noel beat Aaron Hill from the Crucible SC in Cork 3 frames to nil in a superb display to go No.1 in the U-21 rankings for the U-21 Europeans in Israel in 2019.

In the semi-final Noel beat Ross Bulman 3-2 in a fantastic match while Aaron Hill beat Mark Gleeson in the other semi-final.  The High Break went to young Ryan McGuirk with a 75 break.

The Republic of Ireland Billiards & Snooker Association have announced qualification for the 2019 EBSA European Under 21 Championships which will be held in Israel in 2019.

This structure will be organised by our National Coach PJ Nolan who will be the Tournament Director.  This Qualification will run from September to December to qualify players for the EBSA Championships in Israel in early 2019.