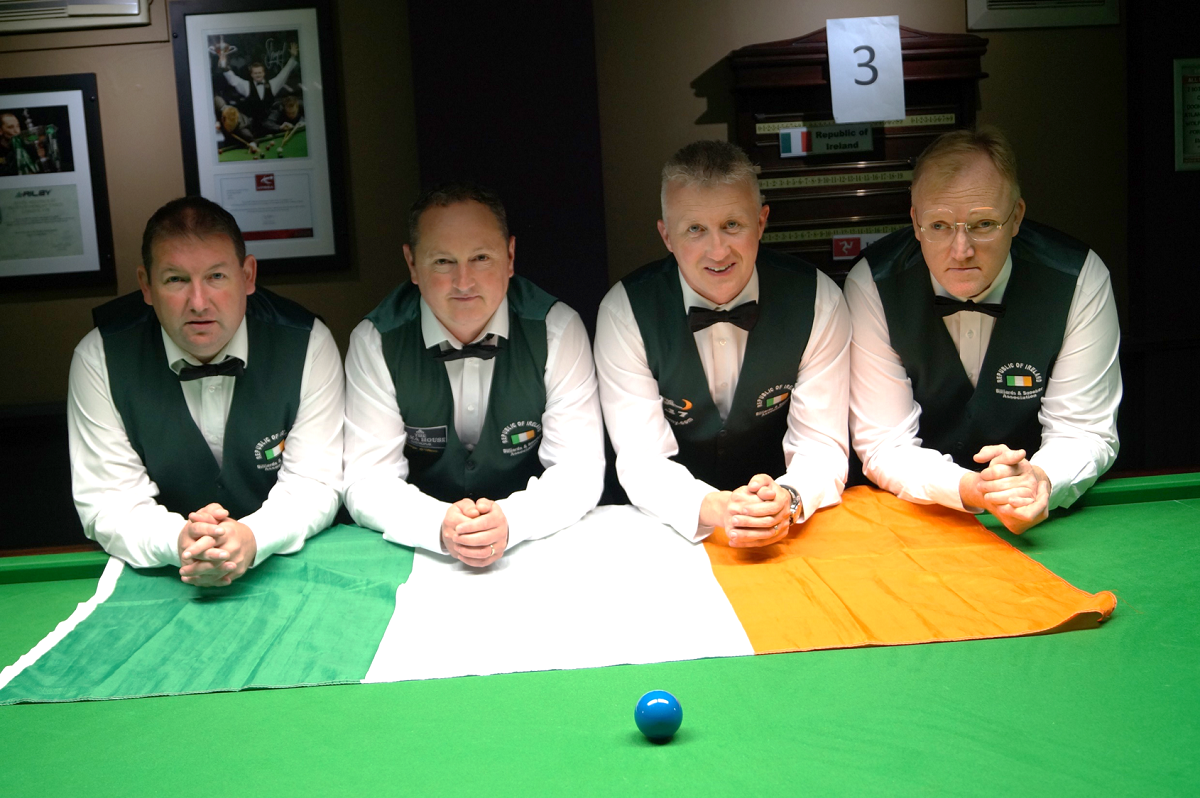 The Republic of Ireland Masters Snooker Team played fantastic snooker in the 2018 Home Internationals in the Northern Snooker Centre in Leeds this weekend. The team of John O Sullivan, Stephen Walsh, George O Hara and Dylan Rees won three matches, drew one and lost only one match in a superb run in Leeds to finish in second place.

National Coach PJ Nolan said the team did amazing this week to finish in second place winning key frames at crucial times in the event. John O Sullivan was named Player of the Tournament with 12 out of the possible 15 frames in the event,

The Republic of Ireland Billiards Association would like to congratulate the players on this fantastic achievement on finishing in second place in the Home Internationals this year. A big well done also goes to the Seniors on defending their Prince of Wales Title in Leeds.

All attention now switches to the Juniors and Ladies and RIBSA wish them the best of luck this coming week in Leeds. The Men’s and Masters events began on Friday at 7pm on the 10th of August and the Under 21 and Under 16’s  events will begin at 6pm on Monday the 13th of August.

The Home Internationals Senior and Masters Championships was played from the 10th – 13th while the Under 21 and Under 16 will played from the 13th -16th of August with the Billiards on the 16th & 17th.