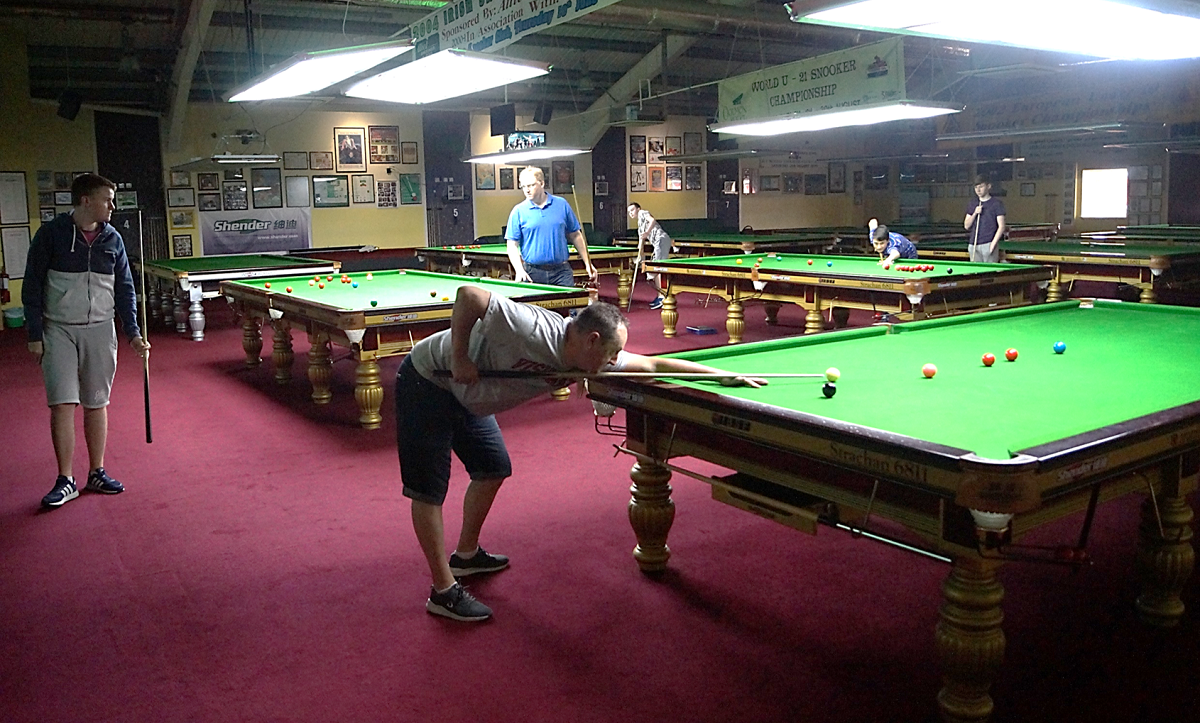 RIBSA National Coach PJ Nolan held his first successful day of his International training weekend on Saturday the 4th of August to prepare our players for the Home Internationals & World IBSF U-16’s.

All the players were invited to attend one or both days at €5.00 per day where PJ held sessions on Break-Building, Safety, Long Potting, Tips on Cues and Technique checks and Fitting of Waistcoats.

In the Training competition it was Ross Bulman who won the event scoring 400 points just beating John O Sullivan by one point in a dramatic event that covered six routines. The 2018 Home Internationals Senior, Masters, Ladies, Under 21 and Under 16’s in the Northern Snooker Centre in Leeds from the 10th – 17th of August.

The IBSF World Under 16 Snooker Championships will be held in St. Petersburg, Russia from the 30th September till 6th October. Day 2 of training weekend will be held on Sunday the 5th of August were PJ will again hold another session in the Ivy Rooms Snooker Club in Carlow from 11am-4pm.