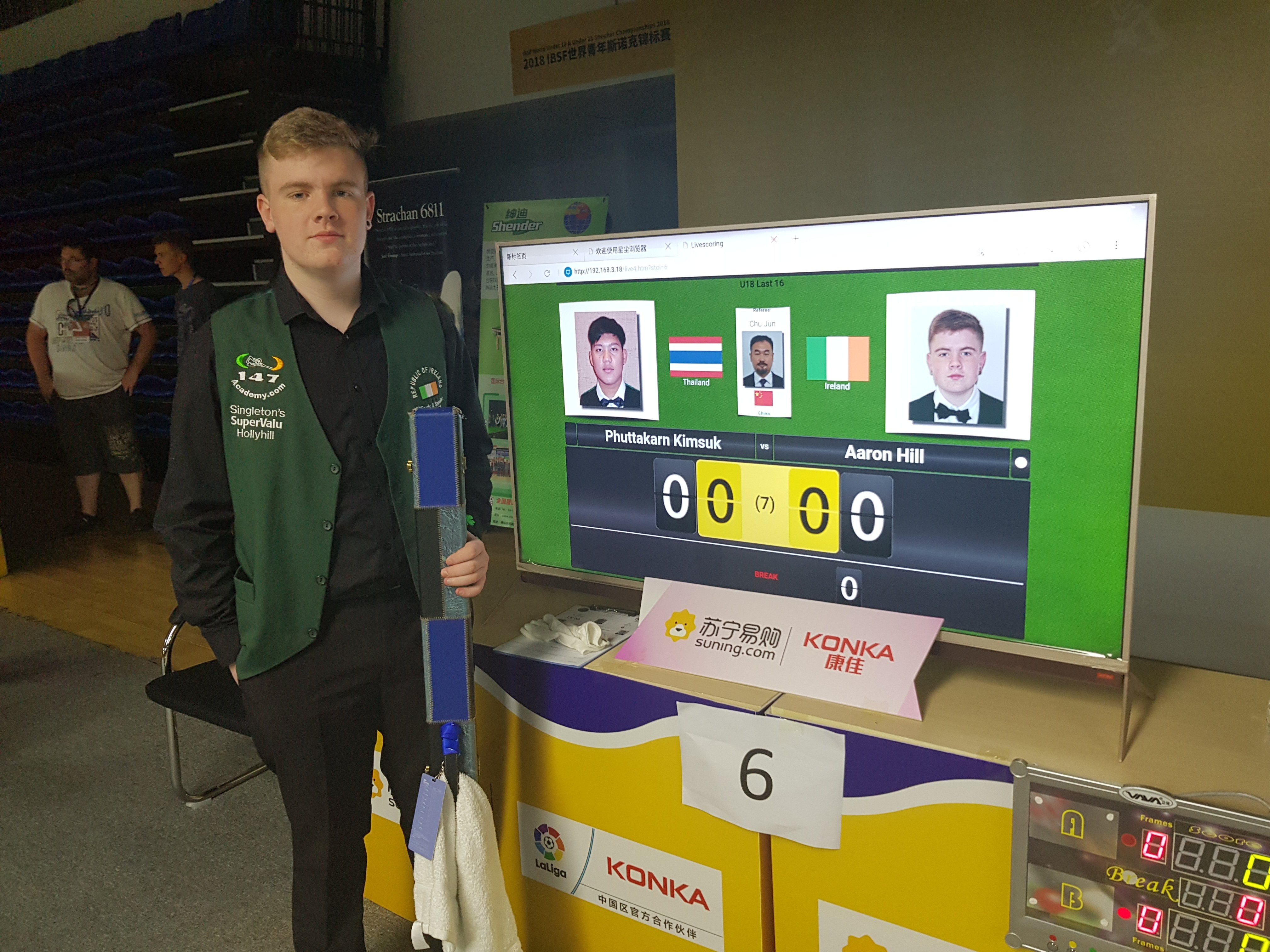 Irishman Aaron Hill was the only junior left in the 2018 World IBSF Under 18 Snooker Championships in the city of Jinan China today.

In the last 16 Aaron faced the Thailand under 21 Champion but Aaron soon went 0-3 down after a bad start but the Corkman fought back to level 3-3 with incredible snooker to force a decider. In the decider Aaron never got a shot when his opponent made a winning break of 81 to win 4-3.

The world’s finest U-18’s are battling it out for the world titles in China. The RIBSA players in the Under 18 Championships were Aaron Hill, Sean Devenney, Ross Bulman and Ronan Whyte.

Sean Devenney and Ross Bulman both won 2 out of their 4 group matches and Ronan Whyte won one match but all three failed to qualify for the knock out stages. The standard is very high this year with so mate top players.

You can follow all the live scoring and results from China on www.ibsf.info

The under 21 championships start on Friday so the boys will get back on the practice table ahead of the action. 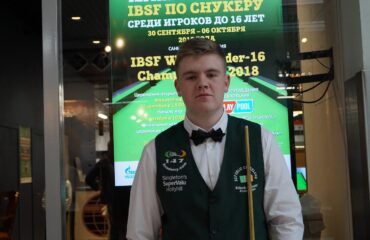