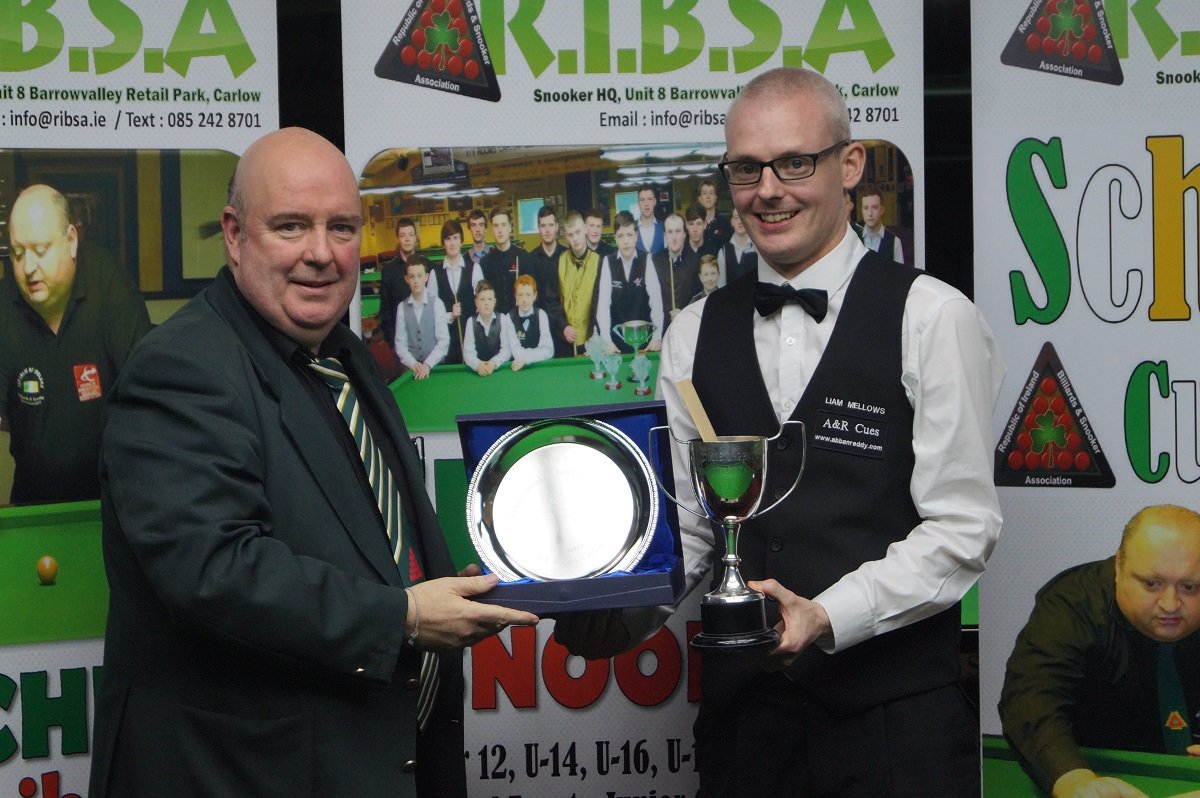 The final of the Republic of Ireland Billiards & Snooker Association Masters Snooker Championships was played on Sunday the 20th of May in the Ivy Rooms Snooker Club, Carlow during the Irish Open Billiards Championships due to Rodney Goggins qualifying for the Senior Final during finals weekend last week. The final was refereed by Conor Doyle, The Highest break prize went to Mark Tuite with an 86 break and Chairman Jim Leacy presented the prizes to both players and congratulated them both on having a great season yet again.

RIBSA would like to thank the Ivy Rooms Snooker Club in Carlow for hosting the event and all the players on making it a big success on the day. Finally RIBSA would like to wish all players a nice summer break and we look forward to seeing you all next season.