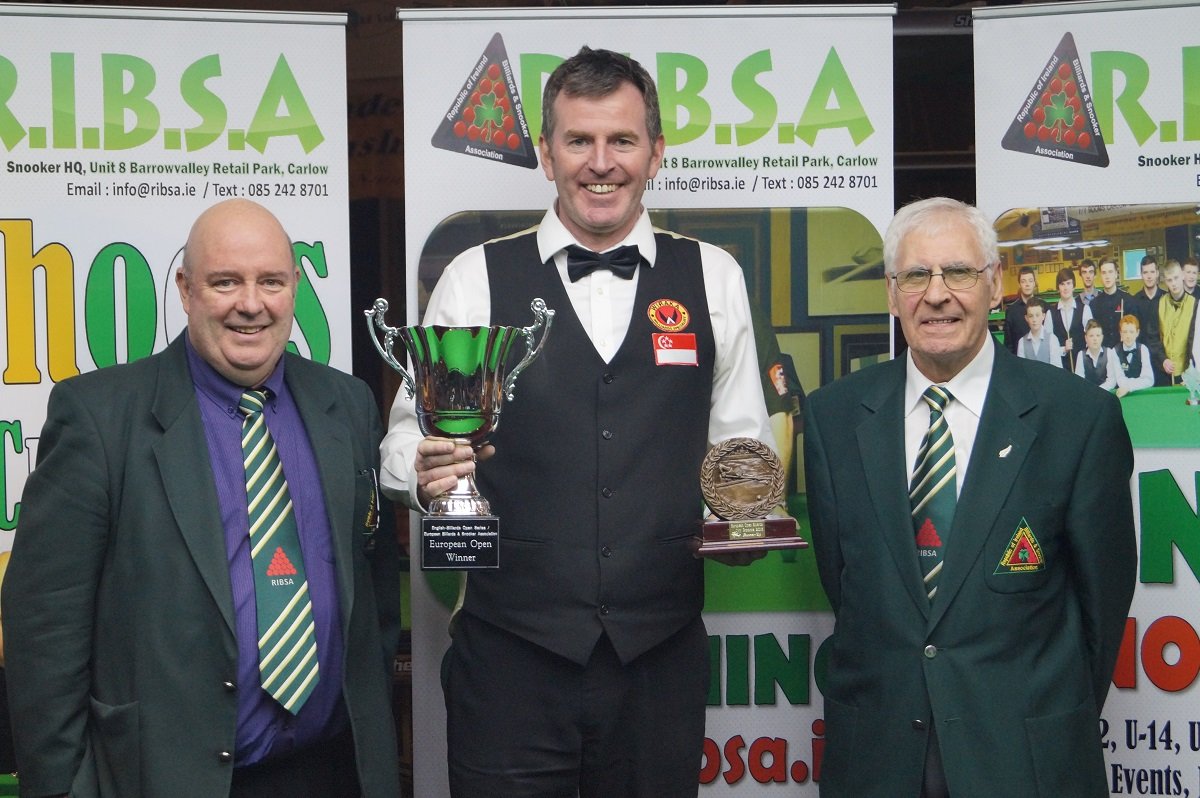 Peter Gilchrest from Singapore is the new 2018 European Billiards Open Champion after he won the title in style in the Ivy Rooms Snooker Club in Carlow on Wednesday the 23rd of May. In the past five days Peter has won the Irish Open & European Open Billiards titles to cap off his great trip to Ireland.

In the final Peter beat David Causier from England 1083 – 911 a match that was streamed all over the world. In a superb high quality final refereed by International Billiard Referee Martin O Reilly. Marker John Kehoe and Recorder Brendan Devlin. David Causier beat Aidan Murray 1673-203. The Referee was Campbell Faulkner. The Marker was Dan Lewis and TD was Brendan Devlin. The highest break in the match was 468 by David Causier Peter Gilchrest beat Rob Hall 959-516. The Referee was Derek Browne. The Marker was Eugene O Connor and TD was Brendan Devlin. The highest break in the match was 233 by Peter Gilchrest.

The Tournament high break this week was a fantastic 474 by David Causier.

Jim Leacy RIBSA Chairman and Chairman of World Billiards presented the prizes to the players and congratulated them on a fantastic display in the Final.

Jim thanked the Ivy Rooms SC for hosting the events and Tournament Director Brendan Devlin all the referees and players on two wold class Billiard events in Ivy Rooms SC.