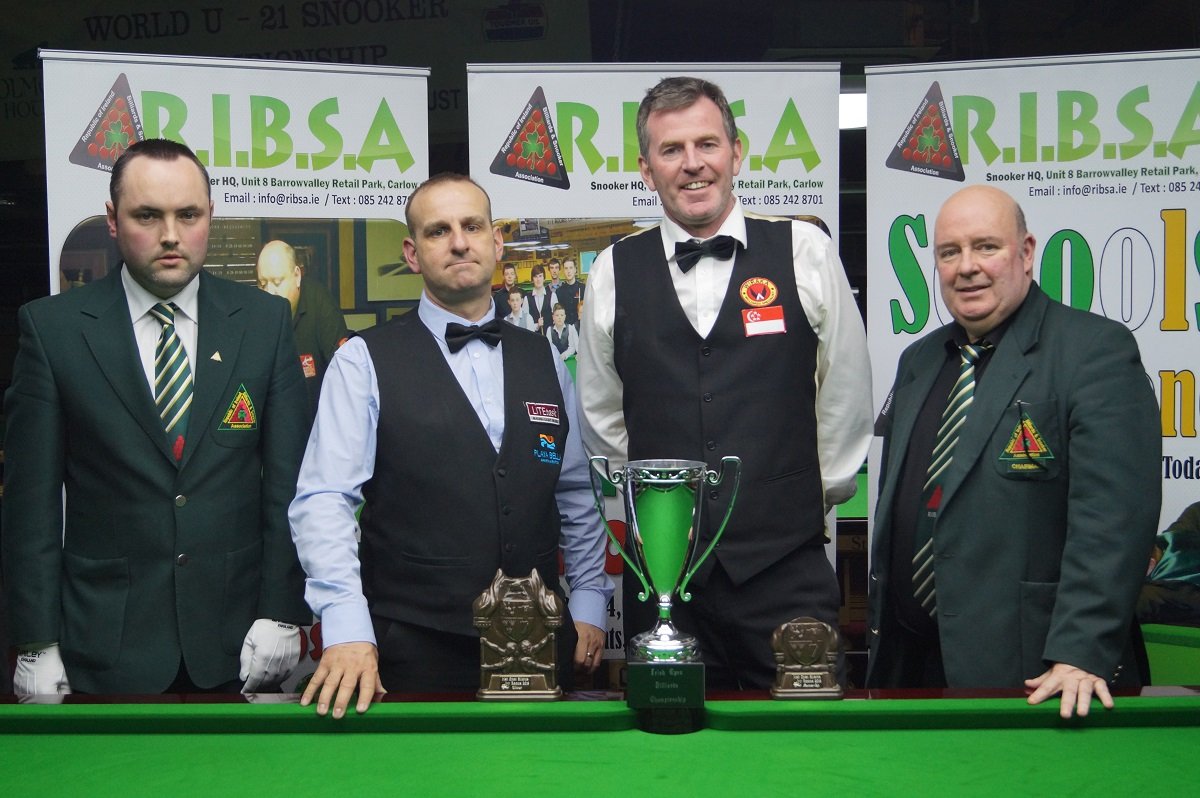 Peter Gilchrest from Singapore won the 2018 Irish Billiards Open in the Ivy Rooms Snooker Club in Carlow from Sunday 19th May. In the final Peter beat David Causier from England 811-375 All the action resumes tomorrow at 10am when the 2018 European Billiards Open will be held and the final is scheduled for Wednesday 23rd May at 13.45pm

RIBSA Chairman Jim Leacy who is also Chairman of World Billiards presented the prizes to the players and congratulated them on a fantastic event. Jim thanked all the referees and players on another wold class Billiards event in Carlow and thanked Tournament Directors Ger Murray and Brendan Devlin on a perfect event.

Irish news in the event saw Irish Champion Wayne Doyle beat David Casuier in the event 362 – 252 which included a top break of 111.  Finally all the players and Officials thanked the Ivy Rooms on hosting the Irish Open and said that this venue is world class and we are delighted to play here every year. 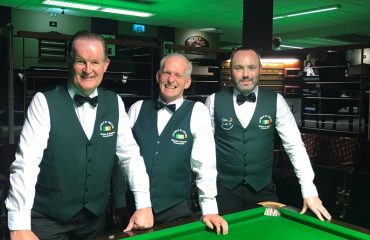