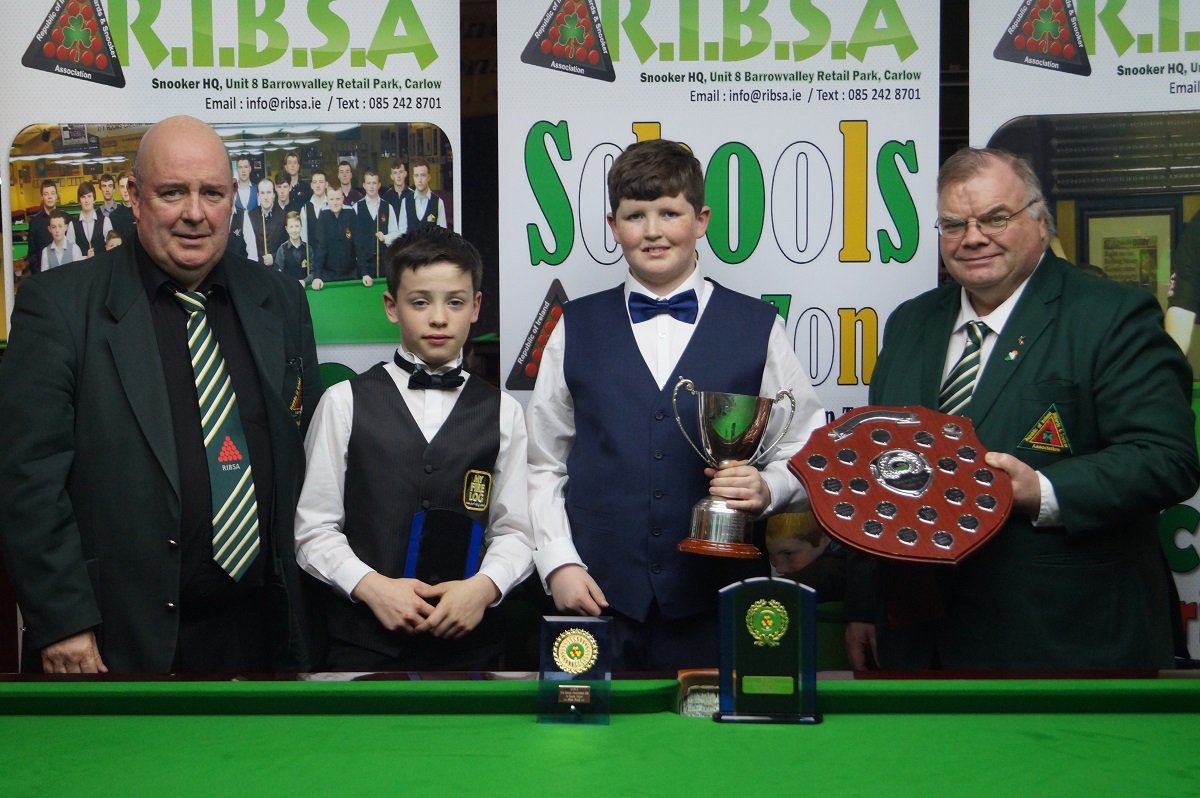 Sean Walsh from Douglas SC in Cork won the National Under 14 Snooker Championships final on Sunday the 13th of May in the Ivy Rooms SC in Carlow. In the final he beat Leone Crowley from Shooters SC in Cork 4 frames to 1 in a superb final.

The final was live streamed all around the world and the Referee in charge of the final was Declan Quinn. Sean also finishes Number 1 on the rankings after the win today. The Championship high break was 45 by Sean Walsh.

RIBSA Chairman Jim Leacy presented all the trophies to the finalist and congratulated everyone.