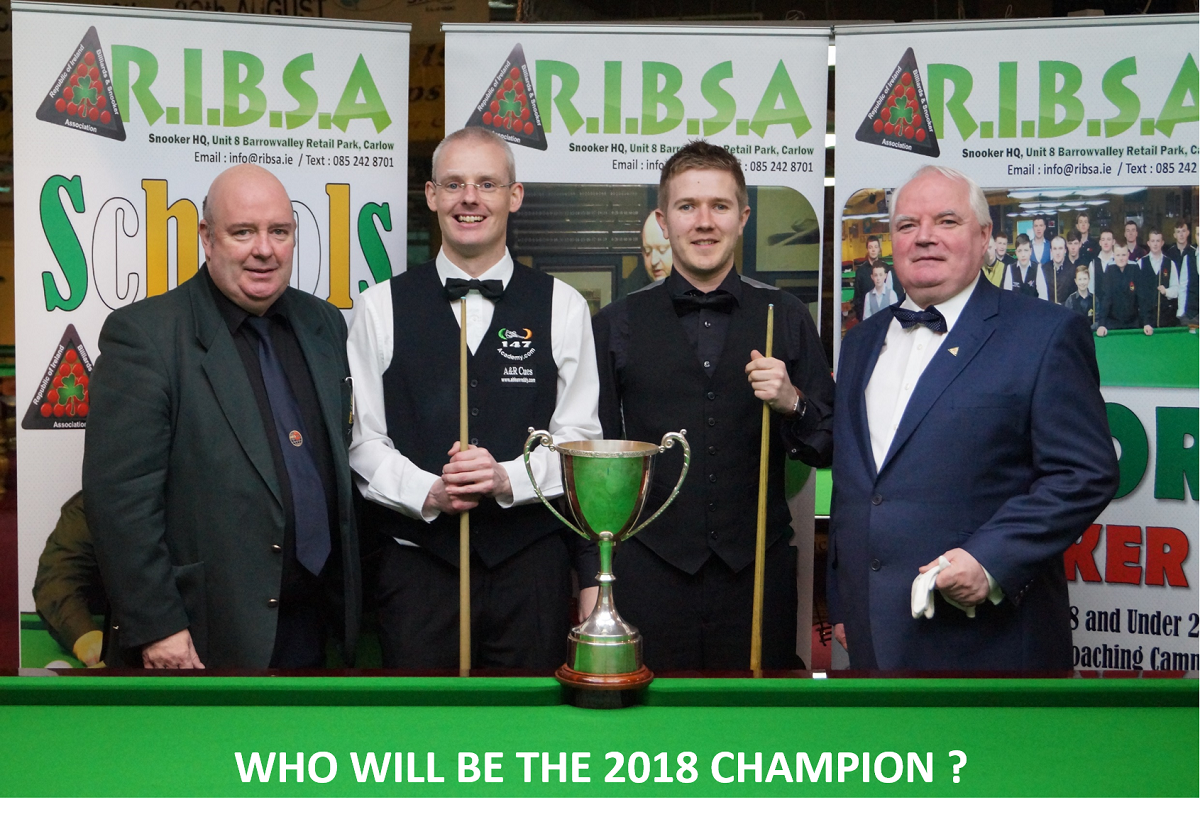 The Republic of Ireland Billiards & Snooker Association have just announced details of the 2018 RIBSA Irish Senior Snooker Championships. This year the guaranteed prize fund will be €2, 600.00 and it promises to be an exciting finale to the season.

The Defending Champion is Brendan O Donoghue after his victory over Rodney Goggins last year.

The 2018 RIBSA Irish Senior Snooker Championship qualifiers down to the last sixteen, will be held on Saturday the 28th April and Sunday the 29th in the Ivy Rooms Snooker Club, Carlow. One day Registration for this event is available at €5.00 if not already a member.

The closing date will be 1pm on Wednesday 25th of April. The draw will be available on the website www.ribsa.ie, as soon as possible.

Two in a row for Murphy