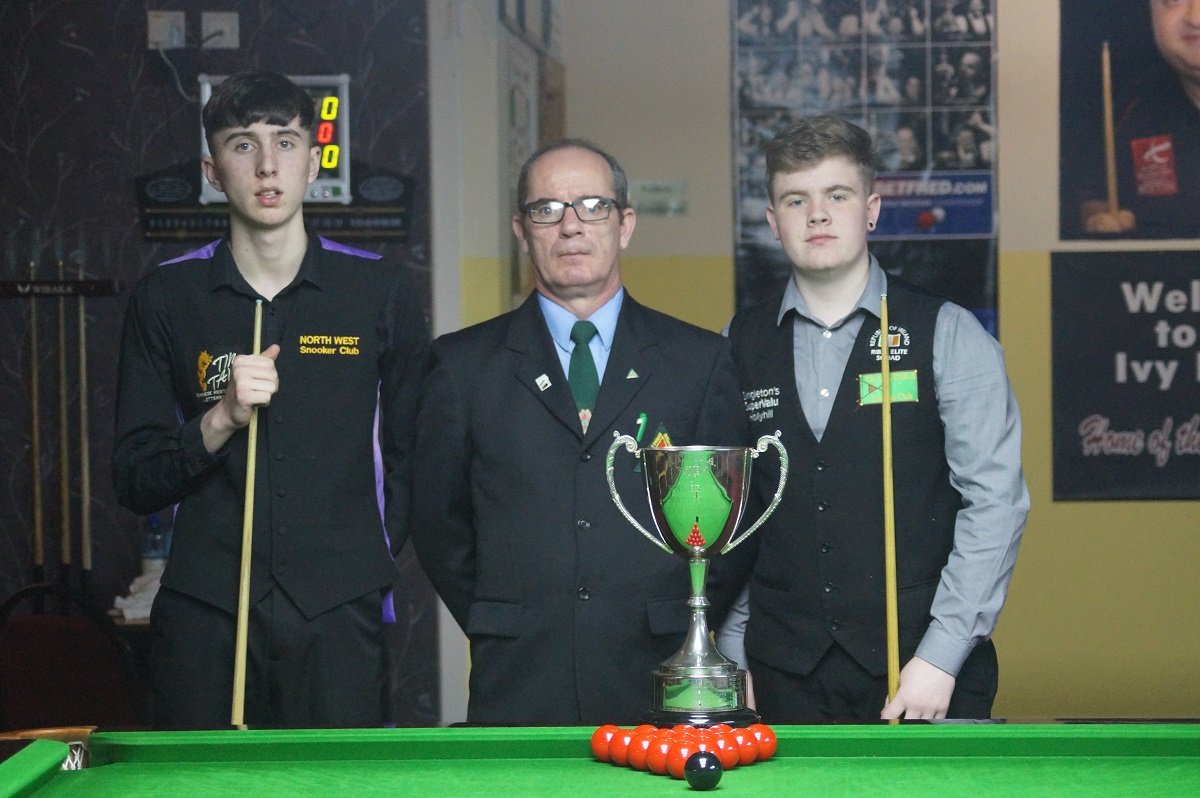 The 2018 National RIBSA U-18 Snooker Championship final will be between Aaron Hill from Crucible SC and Sean Devenney from Northwest SC in Letterkenny after both players played fantastic snooker on the day in the Ivy Rooms on Saturday the 21st of April. Ross won an opening tight frame and then won the second but two fifty breaks in the next two frames got Hill back in to the match to force a decider. Hill then went on to win it and reach his second National Final this year after qualifying earlier for the Under 16 final. Sean won the opening frame and seemed to be going 2-0 up as Ronan needed three snookers but Ronan managed to get the snookers and clear up to level the match at 1-1. Frame 3 went to Sean to go 2-1 up and in frame 4, Sean looked like he had the win only for young Ronan to win it on a re-spot to force it to a decider. In the decider it was Sean who held his nerve to win it and reach the final. The final promises to be an exciting match with two incredible young players and we are guaranteed a new name on the famous cup. Aaron Hill hold the high Break with 69 in the event.

A special thank you all who took part on the day, Ivy Rooms SC in Carlow and to Referee Conor Doyle on making it a big success on the day.