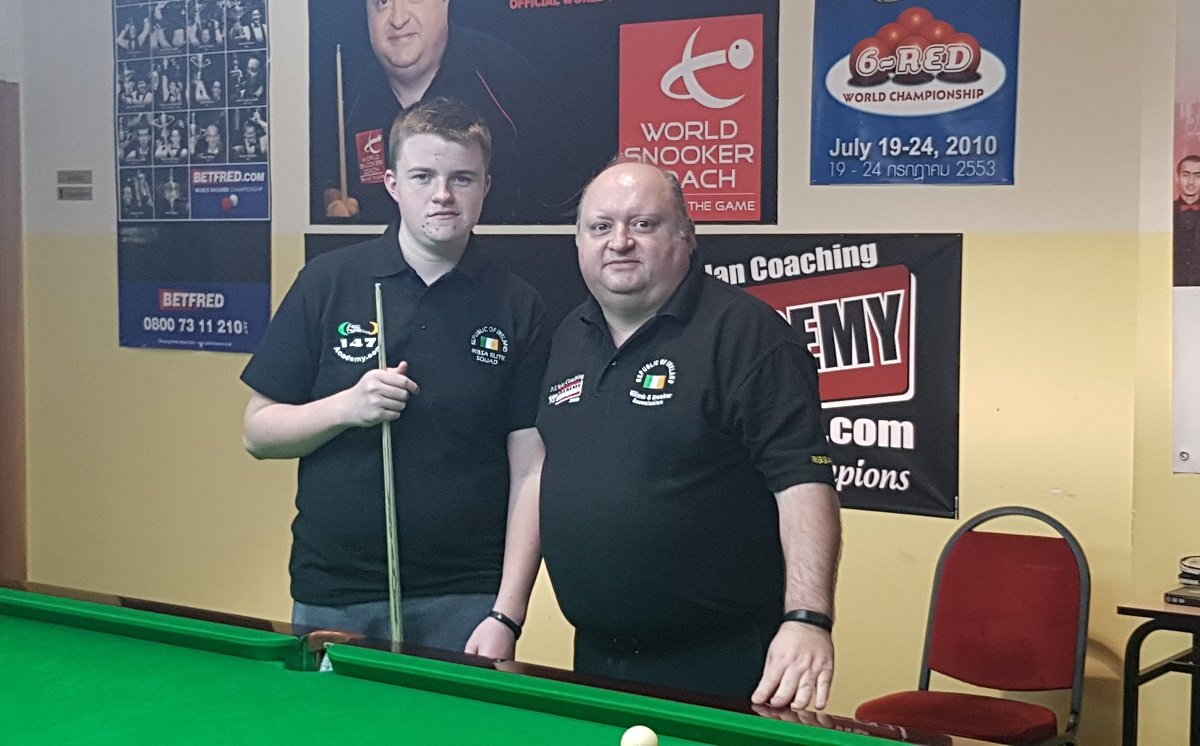 Special part of the scholarship was a free 4hr coaching session for all the five players with our RIBSA National Coach PJ Nolan in the Ivy Rooms Snooker Club in Carlow and today 16 year Ross Bulman from Youghal CYMS availed of his session with PJ. This season Ross is Ranked No. 1 in the U-18’s, No. 4 on the U-21’s and No. 10 in the Senior Rankings. Ross competed in the IBSF Men’s Snooker Championship in Qatar and he has entered QSchool this season to compete against the World’s best players in May.

16 year old Ross Bulman already holds nine Irish RIBSA Junior Titles in 3 years winning 3 x U-14, 3 x U-16, 1 x U-18, 1x U-19 and 1 x U-21 National Titles. Ross has also reached the Semi Finals stages of the European U-18 and U-21 Championships in the past two years and captained two winning Celtic Challenge Teams. PJ worked with Ross on three important areas of his game, Technique, Mental and Scoring.  Ross has been doing the program for the past few months and he is very focused on improving each area of his game. He is also focused on his goals for the season with the Nationals U-18, U-19 and U-21 Titles, Irish Senior Championships and Q School as his main goals this year.

Aim of the session today was to help improve his Technique, Break Building and Safety game plus advice on the mental side of the game in how to peak for the events. Ross received a new Elite Squad Polo Shirt and New Training plan containing all his routines with a diary to fill in after each training session. RIBSA hope the players in the RIBSA Elite Squad will get the confidence to improve more and reach the next level within their games and Ross thanked PJ, Ivy Rooms SC and RIBSA for the session today. 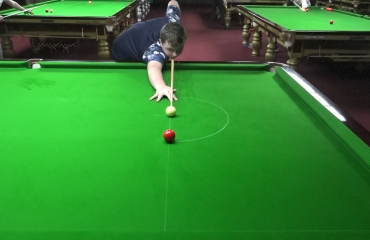 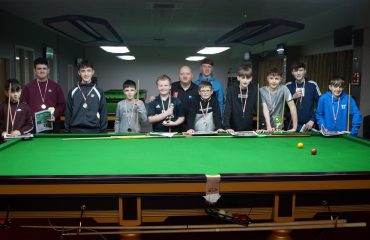